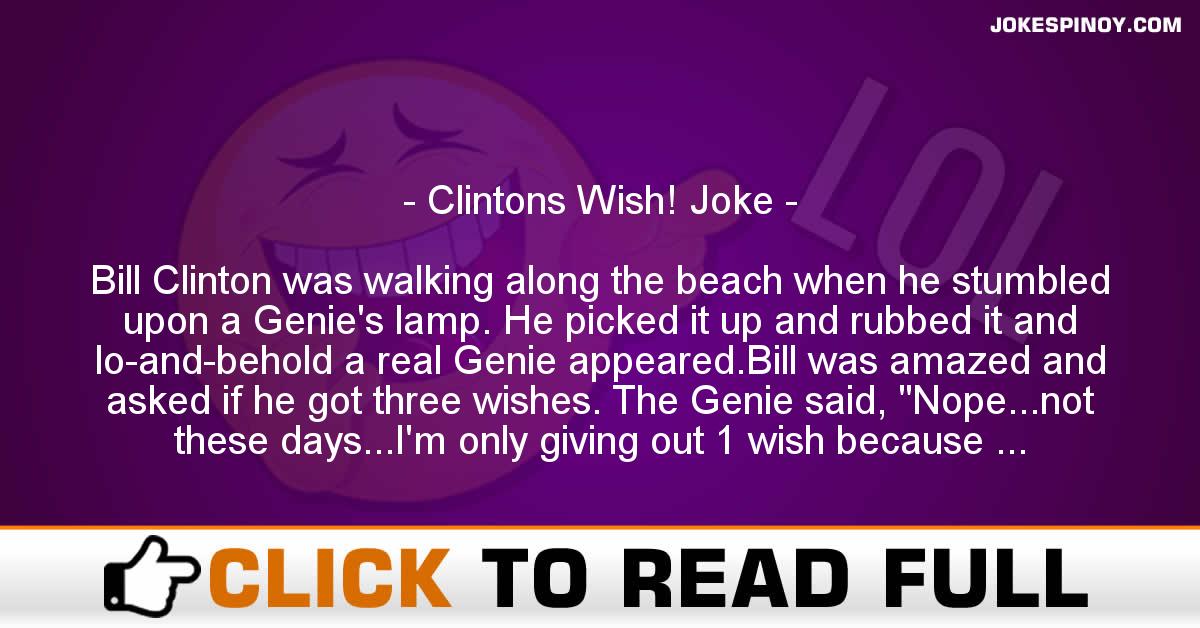 Bill Clinton was walking along the beach when he stumbled upon a Genie’s lamp. He picked it up and rubbed it and lo-and-behold a real Genie appeared.Bill was amazed and asked if he got three wishes. The Genie said, “Nope…not these days…I’m only giving out 1 wish because of inflation. So…what’ll be?”Bill didn’t hesitate. He said, “I want peace in the Middle East. See this map? I want these countries to stop fighting with each other.”The Genie looked at the map and exclaimed, “Are you crazy! These countries have been at war for thousands of years. I’m good but I’m not THAT good. I don’t think it can be done. So make another wish.”Bill thought for a minute and said, “You know, people really don’t like my wife. They think she’s a real witch and ugly as sin. I wish for her to be the most beautiful woman in the world and I want everybody to like her. That’s what I want!”The Genie thought for a minute and said, “Hmmmmm. Lemme see that map again.”