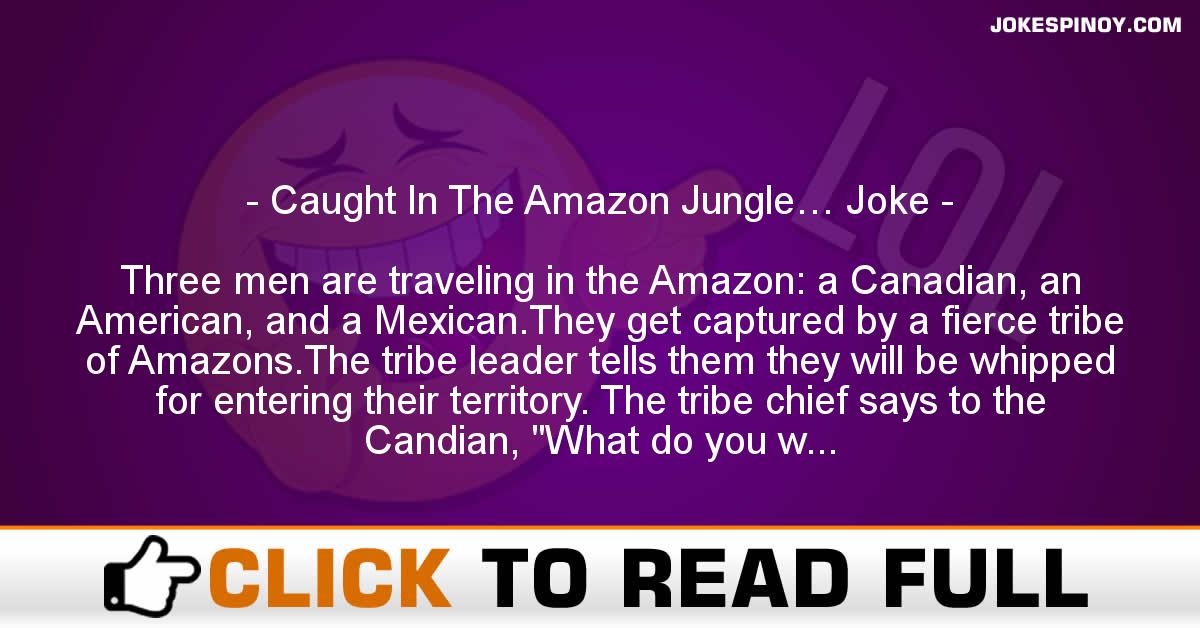 Three men are traveling in the Amazon: a Canadian, an American, and a Mexican.They get captured by a fierce tribe of Amazons.The tribe leader tells them they will be whipped for entering their territory. The tribe chief says to the Candian, “What do you want on your back for your whipping?”The Canadian responds, “I will take oil!”So they put oil on his back, and a large Amazon whips him 10 times.When he is finished the Canadian has these huge welts on his back, and he can hardly move.The Amazons haul the Canadian away, and say to the Mexican,”What do you want on your back?””I will take nothing!, I will take my punishment like a real man!” says the Mexican, and he boldly stands there and takes his 10 lashings without a single flinch.Finally, it’s the Yank’s turn and the tribal chief asks:”What will you take on your back?”And he responds – ” I’ll take the Mexican! ”