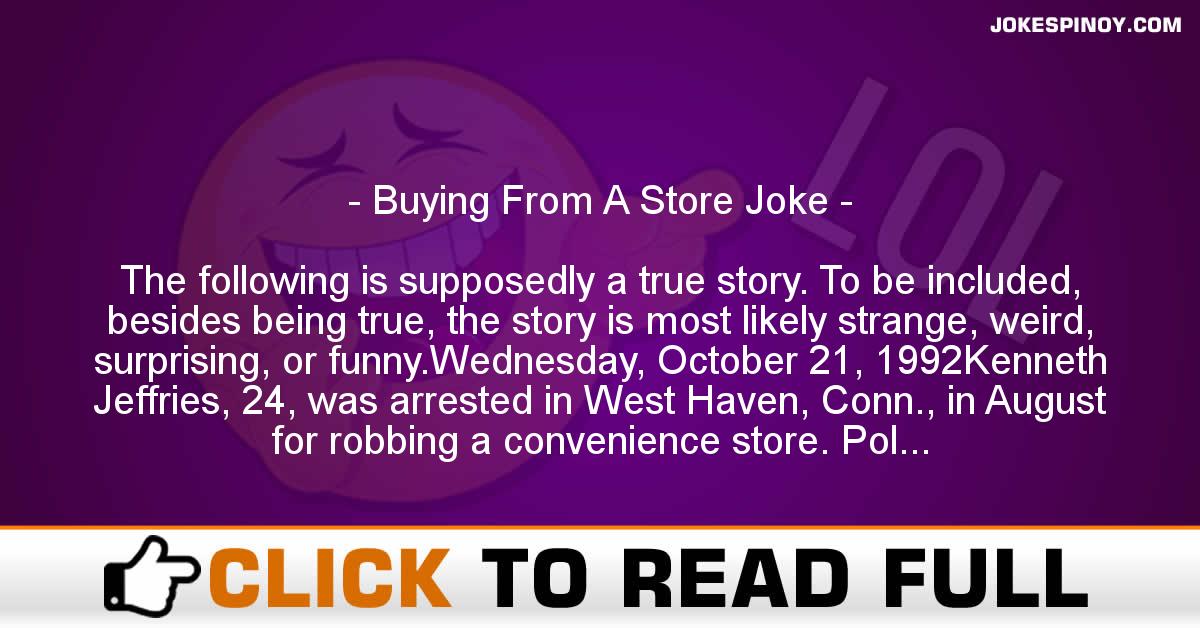 The following is supposedly a true story. To be included, besides being true, the story is most likely strange, weird, surprising, or funny.Wednesday, October 21, 1992Kenneth Jeffries, 24, was arrested in West Haven, Conn., in August for robbing a convenience store. Police reported that he had first offered the clerk $1 for a pack of gum as a ruse and then taken $40 in the robbery.However, said police, Jeffries returned a minute later and asked, uncertainly, “Did I pay for the gum?”By that time the clerk had summoned police, and Jeffries was soon apprehended.