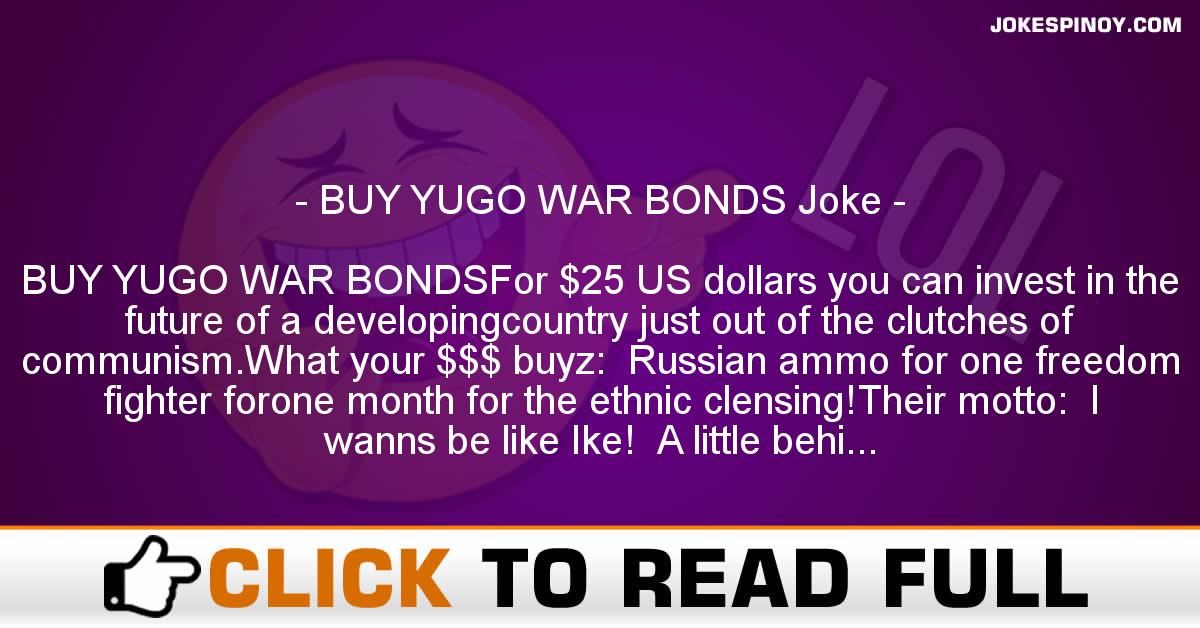 BUY YUGO WAR BONDSFor $25 US dollars you can invest in the future of a developingcountry just out of the clutches of communism.What your $$$ buyz: Russian ammo for one freedom fighter forone month for the ethnic clensing!Their motto: I wanns be like Ike! A little behind the times, BUT!They model themselves after the US of A.They want to establish a land- first ridding themselves ofundesireables (like the US did against the native inhabitants)Why not? What’s good enough for US is good enuff for them!