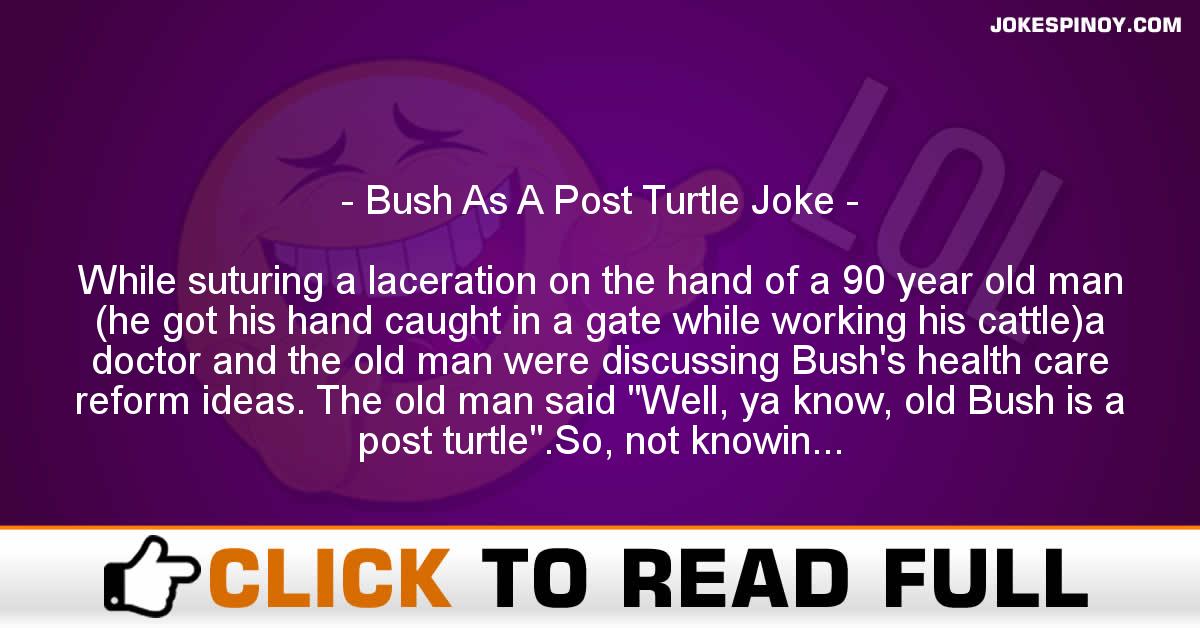 While suturing a laceration on the hand of a 90 year old man (he got his hand caught in a gate while working his cattle)a doctor and the old man were discussing Bush’s health care reform ideas. The old man said “Well, ya know, old Bush is a post turtle”.So, not knowing what he meant the doctor asked him what a “post turtle” was. And he said “When your driving down a country road, and you come across a fence post with a turtle balanced on top, that’s a post turtle. You know he didn’t get there by himself, he doesn’t belong there, he can’t get anything done while he’s up there, and you just want to help the poor thing down.”