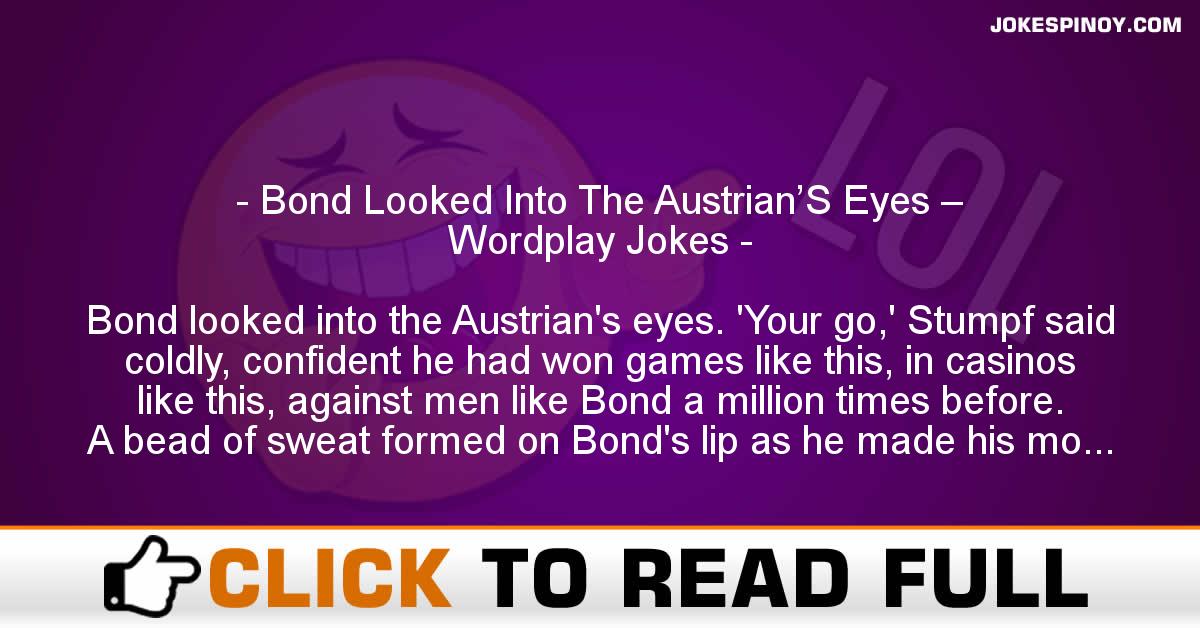 Bond looked into the Austrian’s eyes. ‘Your go,’ Stumpf said coldly, confident he had won games like this, in c****os like this, against men like Bond a million times before.
A bead of sweat formed on Bond’s lip as he made his move with an affected nonchalance.
‘Snap,’ he said, and lit a cigarette.