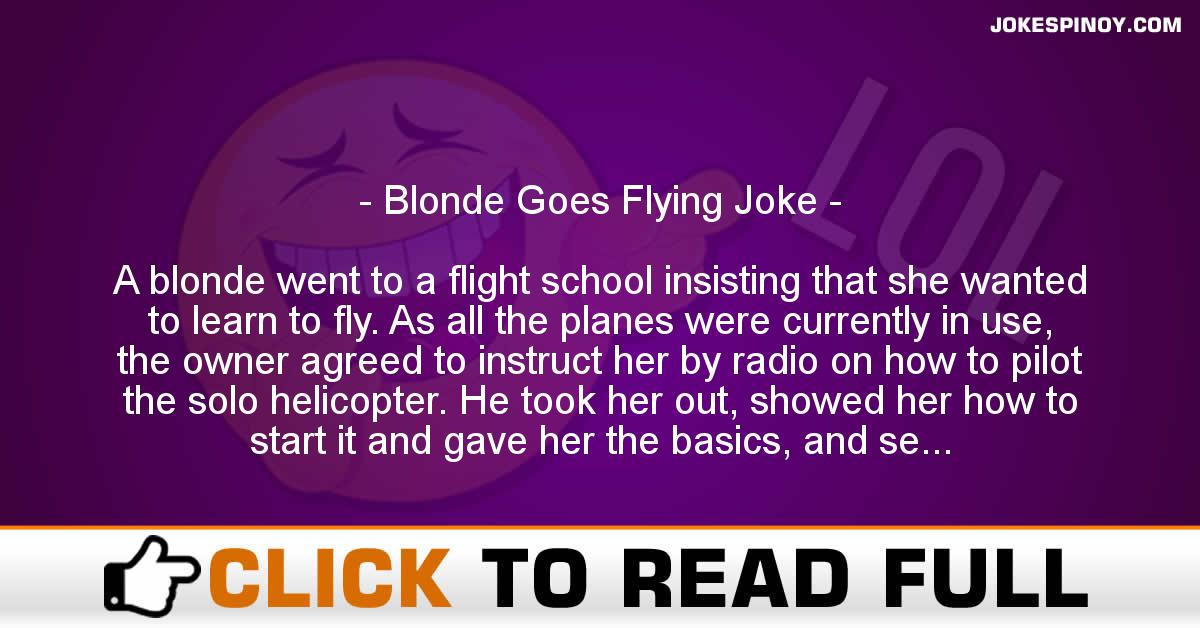 A blonde went to a flight school insisting that she wanted to learn to fly. As all the planes were currently in use, the owner agreed to instruct her by radio on how to pilot the solo helicopter. He took her out, showed her how to start it and gave her the basics, and sent her on her way.After she climbed 1000 feet, she radioed in. “I’m doing great! I love it! The view is so beautiful, and I’m starting to get the hang of this.”After 2000 feet, she radioed again, saying how easy it was to fly. The instructor watched her climb over 3000 feet, and was beginning to worry that she hadn’t radioed in.A few minutes later, he watched in horror as she crashed about half a mile away. He ran over and pulled her from the wreckage.When he asked what happened, she said, “I don’t know! Everything was going fine, but as I got higher, I was starting to get cold. I can barely remember anything after I turned off the big fan!”