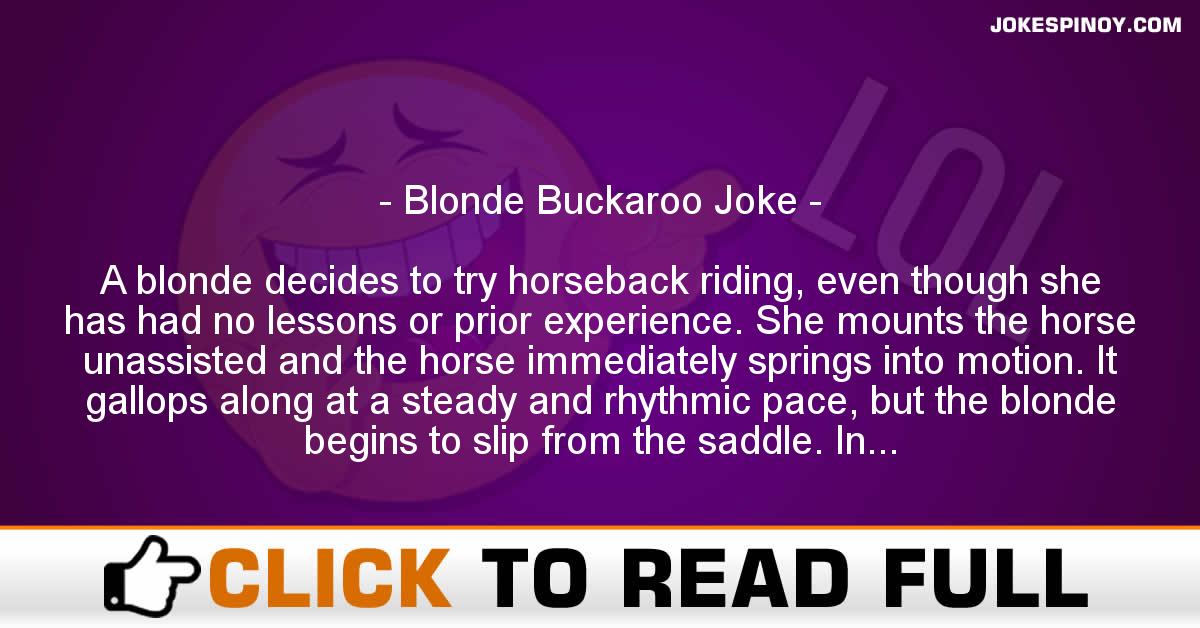 A blonde decides to try horseback riding, even though she has had no lessons or prior experience. She mounts the horse una*sisted and the horse immediately springs into motion. It gallops along at a steady and rhythmic pace, but the blonde begins to slip from the saddle. In terror, she grabs for the horse’s mane, but cannot seem to get a firm grip. She tries to throw her arms around the horse’s neck, but she slides down the side of the horse anyway. The horse gallops along, seemingly impervious to its slipping rider. Finally, giving up her frail grip, she leaps away from the horse to try and throw herself to safety. Unfortunately, her foot has become entangled in the stirrup and she is now at the mercy of the horse’s pounding hooves as her head is struck against the ground again and again. As her head is battered against the ground, she is mere moments away from unconsciousness when to her great fortune.. ..the Wal-Mart manager runs out and unplugs the horse.