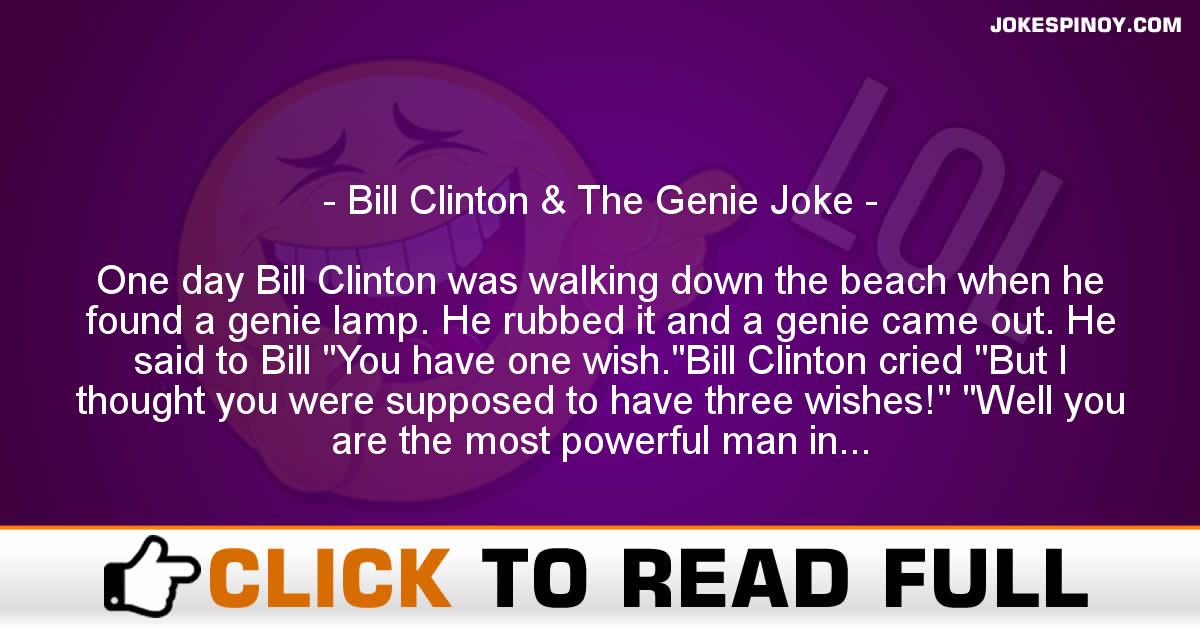 One day Bill Clinton was walking down the beach when he found a genie lamp. He rubbed it and a genie came out. He said to Bill “You have one wish.”Bill Clinton cried “But I thought you were supposed to have three wishes!” “Well you are the most powerful man in the world so I only allow one for you,” replied the Genie.Bill Clinton thought hard and said “Bring peace to the middle east.” He took out a map to show the Genie.The genie said “Nope. Can’t do that choose another wish.” This next wish came up right away.”I want the WHOLE world to love Monica Lewinsky as much as I do” The Genie stared at him with a raised an eyebrow. The Genie replied quickly “Um…can I take a look at that map again?”

Topic of Interest:    bill clinton and the genie