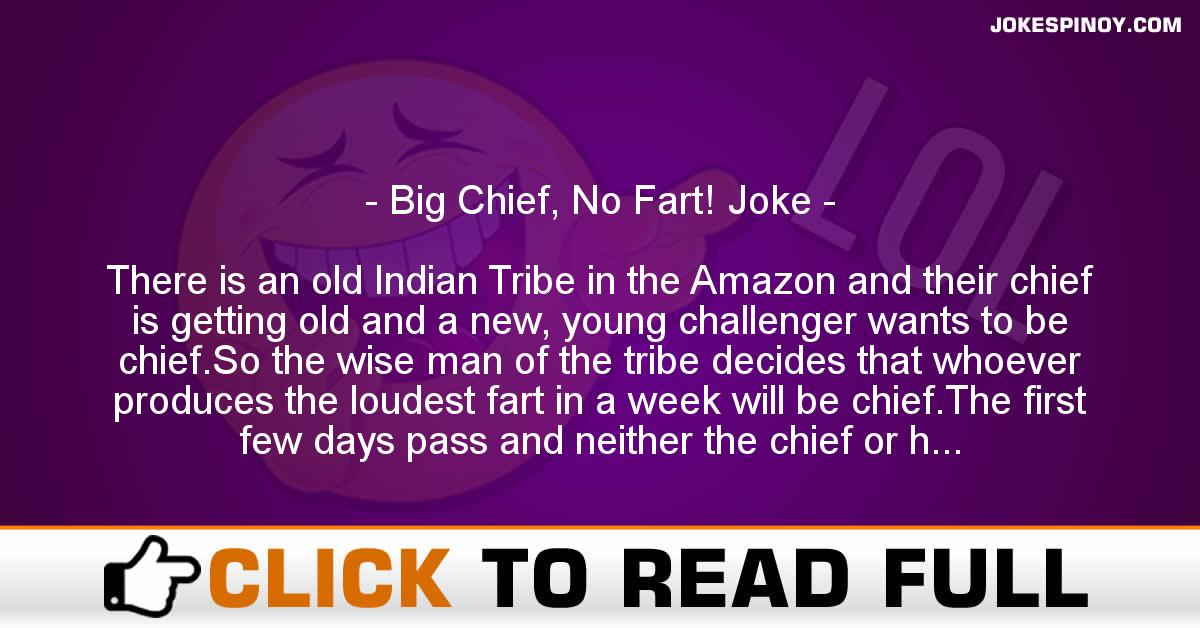 There is an old Indian Tribe in the Amazon and their chief is getting old and a new, young challenger wants to be chief.So the wise man of the tribe decides that whoever produces the loudest fart in a week will be chief.The first few days pa*s and neither the chief or his young rival have farted.The wiseman emerges and says, “Big Chief no Fart.” The next day a truck load of baked beans arrives for the Chief, but at the end of the day the wiseman says, “Big Chief no Fart.”The next day, three truckloads arrives for the Chief, but again the wiseman comes out and says,”Big Chief no Fart.”The Chief is becoming frustrated and orders an army of trucks loaded with baked beans.At the end of the day the wiseman comes out and says… “Big Fart, no Chief!”