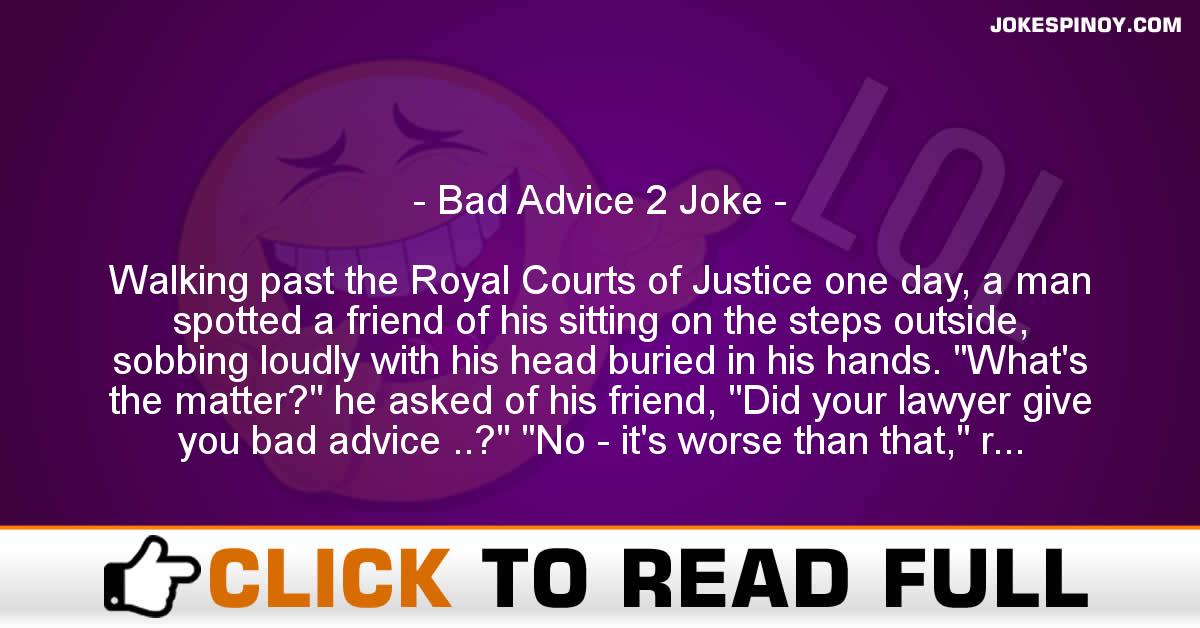 Walking past the Royal Courts of Justice one day, a man spotted a friend of his sitting on the steps outside, sobbing loudly with his head buried in his hands. “What’s the matter?” he asked of his friend, “Did your lawyer give you bad advice ..?” “No – it’s worse than that,” replied the friend between sobs, ” he sold it to me…”