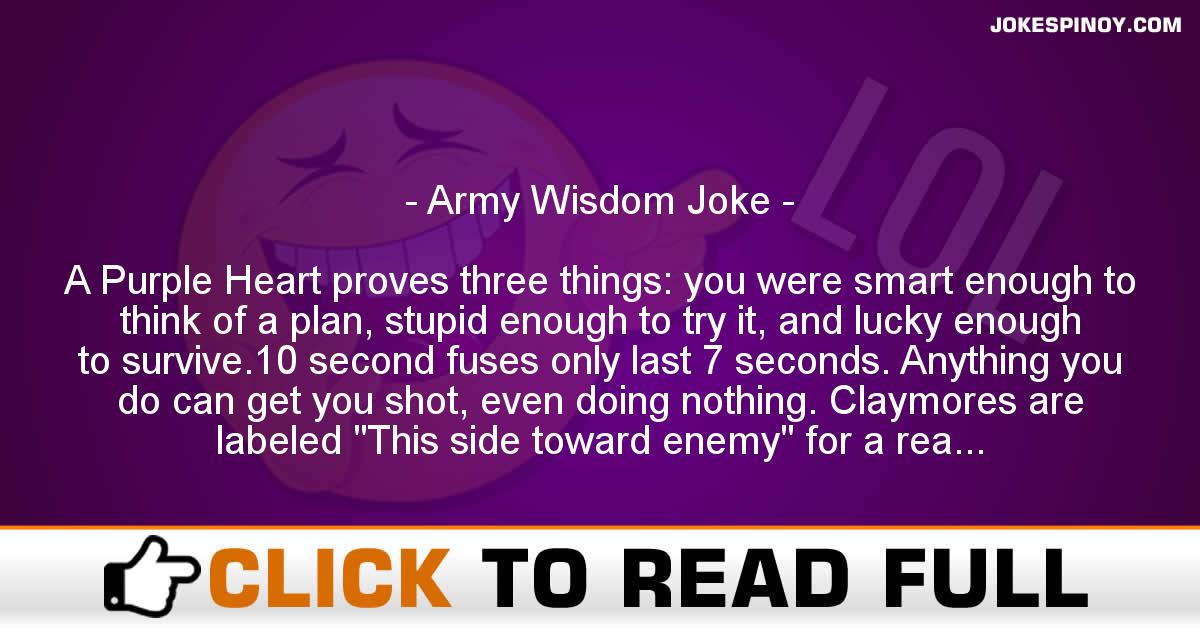 A Purple Heart proves three things: you were smart enough to think of a plan, stupid enough to try it, and lucky enough to survive.10 second fuses only last 7 seconds. Anything you do can get you shot, even doing nothing. Claymores are labeled “This side toward enemy” for a reason. Don’t draw fire, it irritates the people around you.Don’t ever be the first, don’t ever be the last and don’t ever, ever volunteer to do anything.Don’t look conspicuous: it draws fire. If it’s stupid but works, it really isn’t stupid. If the enemy is in range, so are you. If the pin is pulled, Mr. Grenade is *not* our friend. If you can’t remember, the claymore is pointed at you. If your attack is going well, you have walked into an ambush. Incoming fire has the right of way.It is generally unadvisable to eject directly over the area you just bombed. Make it too tough for the enemy to get in and you can’t get out. Mines are equal opportunity weapons. Never share a fox hole with anyone braver than you. Professionals are predictable, it’s the amateurs that are dangerous. Teamwork is essential; it gives the enemy someone else to shoot at. The easy way is always mined.The enemy invariably attacks on one of two occasions: a. When you’re not ready for them. b. When you’re ready for them. Either time is inconvenient and generally a bummer.The only thing more accurate than incoming enemy fire is incoming friendly fire. The quartermaster has only two sizes: too large and too small. Try to look unimportant, they may be low on ammo. When in doubt empty the magazine.