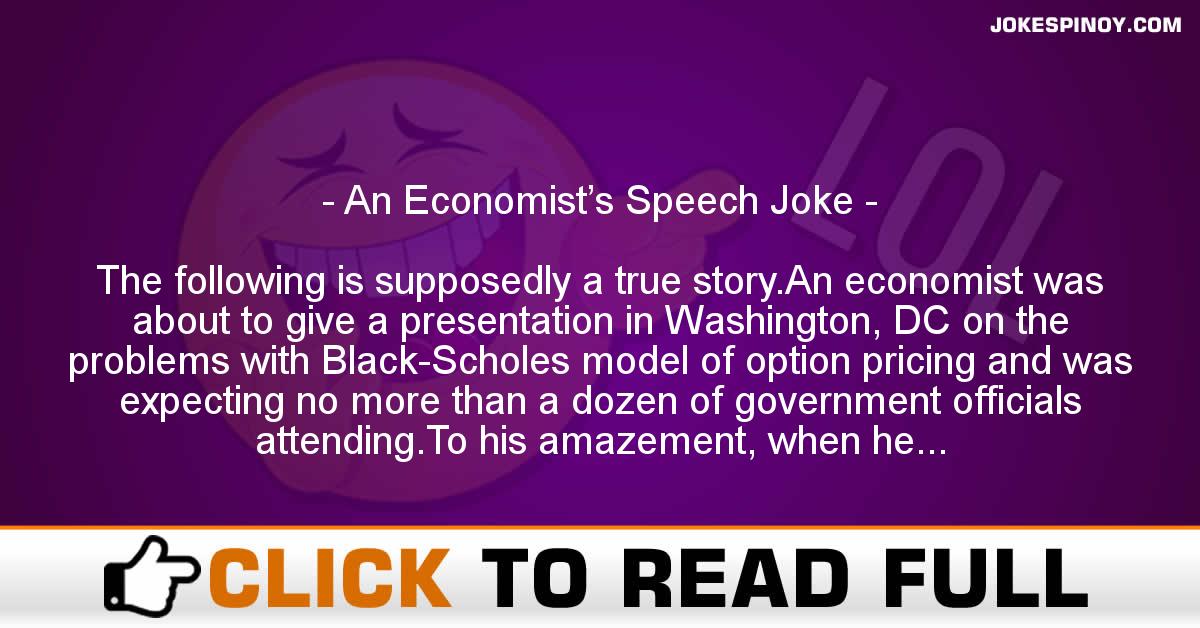 The following is supposedly a true story.An economist was about to give a presentation in Washington, DC on the problems with Black-Scholes model of option pricing and was expecting no more than a dozen of government officials attending.To his amazement, when he arrived, the room was packed with edgy, tough-looking guys in shades. Still, after five or so minutes into the presentation all of them stood up and left without a word.The economist found out only later that his secretary ran the presentation through a spell-checker and what was “The Problem with Black-Scholes” became “The Problem with Black Schools”.