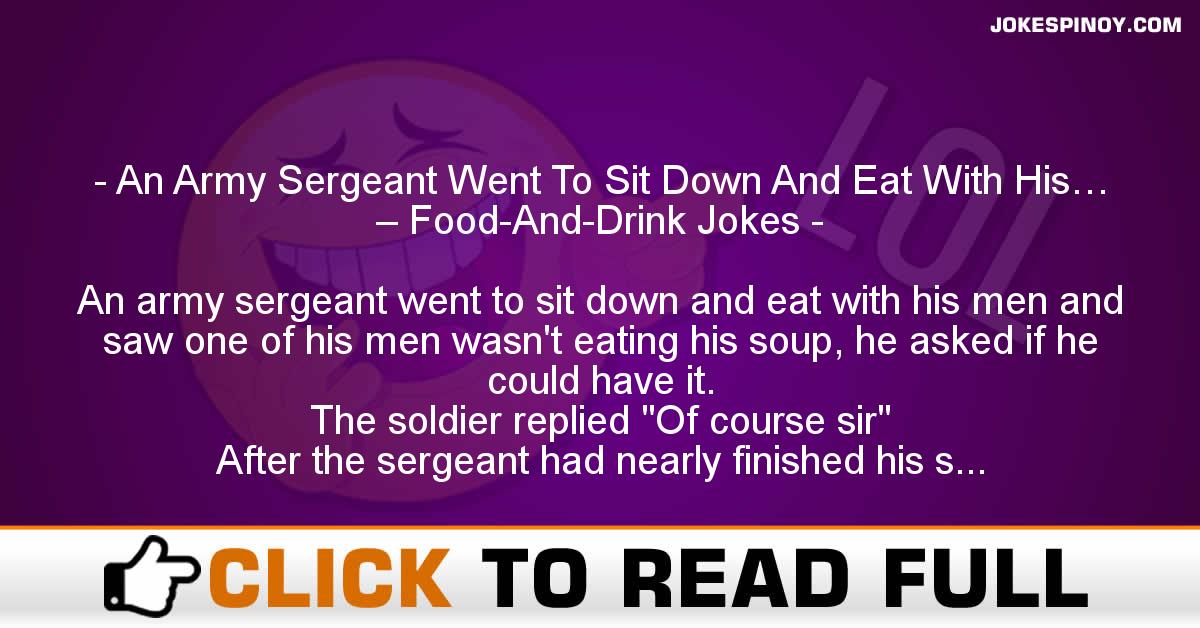 An army sergeant went to sit down and eat with his men and saw one of his men wasn’t eating his soup, he asked if he could have it.
The soldier replied “Of course sir”
After the sergeant had nearly finished his soup, he saw a dead rat at the bottom and vomited all the soup back into the bowl, he turned to the solder and the solider said “Thats about as far as i got”