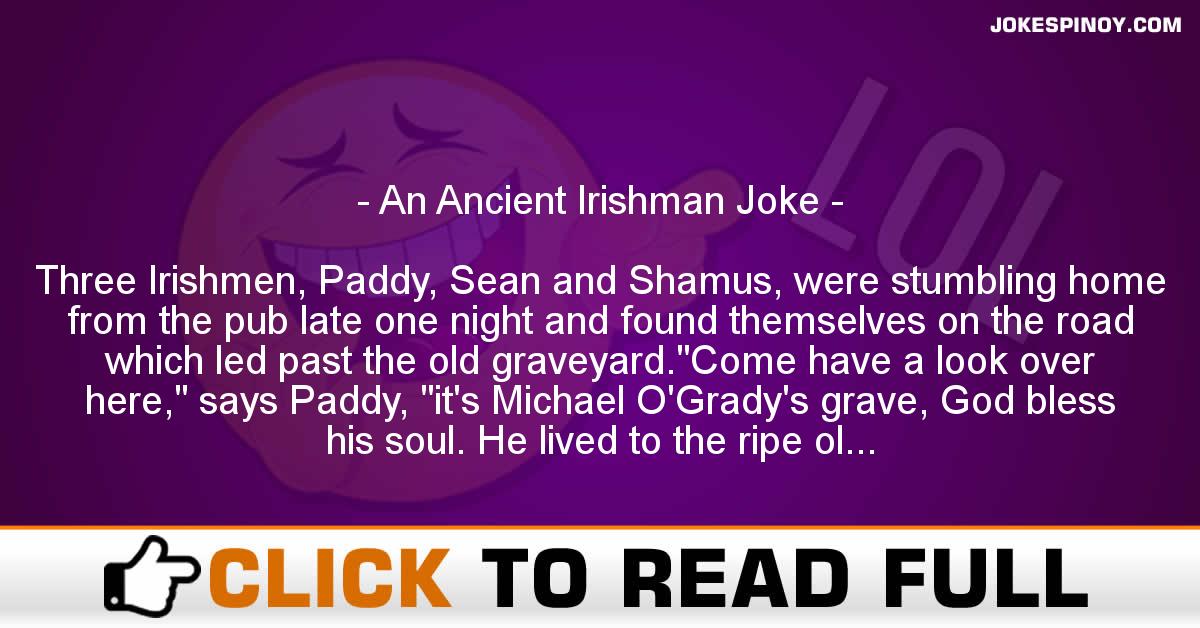 Three Irishmen, Paddy, Sean and Shamus, were stumbling home from the pub late one night and found themselves on the road which led past the old graveyard.”Come have a look over here,” says Paddy, “it’s Michael O’Grady’s grave, God bless his soul. He lived to the ripe old age of 87.””That’s nothing”, says Sean, “here’s one named Patrick O’Tool, it says here that he was 95 when he died.”Just then, Shamus yells out, “Good God, here’s a fella that got to be 145 years old!””What was his name?” asks Paddy.Shamus stumbles around a bit, awkwardly lights a match to see what else is written on the stone marker, and exclaims, “Miles, from Dublin.”