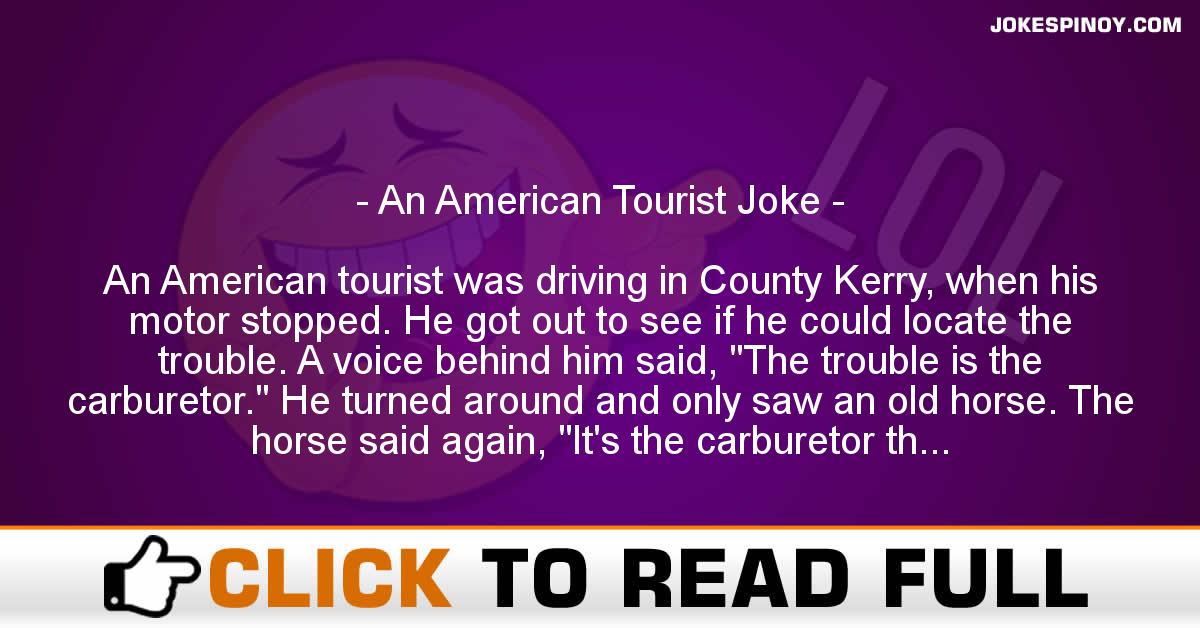 An American tourist was driving in County Kerry, when his motor stopped. He got out to see if he could locate the trouble. A voice behind him said, “The trouble is the carburetor.” He turned around and only saw an old horse. The horse said again, “It’s the carburetor that’s not working.” The American nearly died with fright, and dashed into the nearest pub, had a large whiskey, and told Murphy the bartender what the horse had said to him. Murphy said, “Well, don’t pay any attention to him, he knows nothing about cars anyway.”