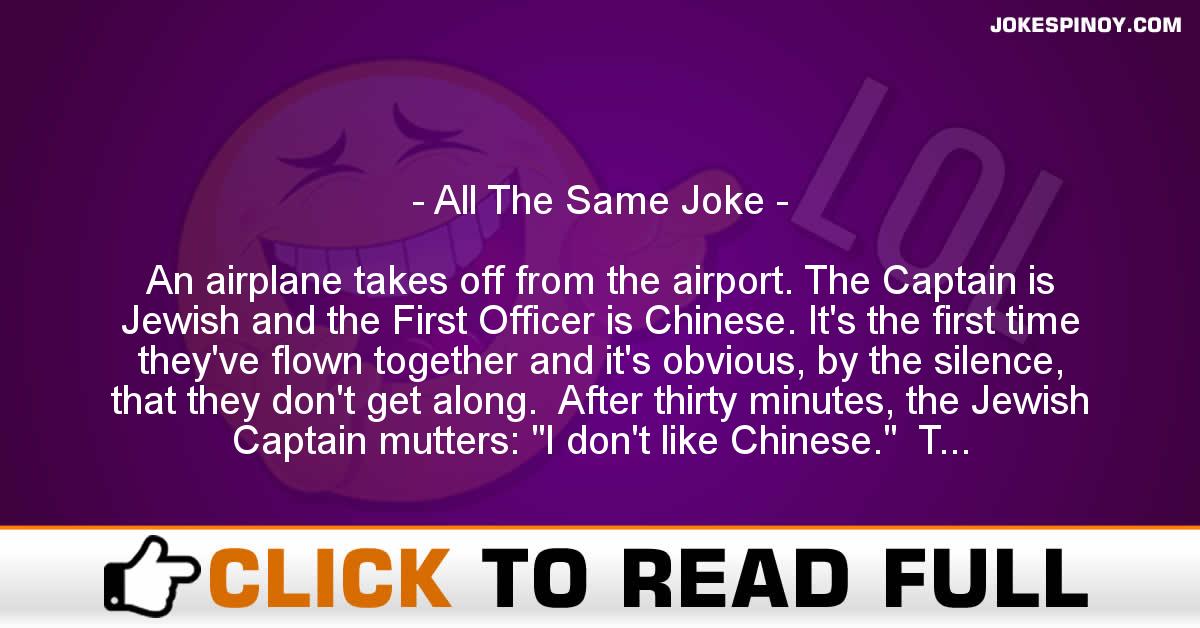 An airplane takes off from the airport. The Captain is Jewish and the First Officer is Chinese. It’s the first time they’ve flown together and it’s obvious, by the silence, that they don’t get along. After thirty minutes, the Jewish Captain mutters: “I don’t like Chinese.” The First Officer replies: “Oooooh, no like Chinese? Why dat?” “Your people bombed Pearl Harbor. That’s why I don’t like Chinese.” “Nooooo, noooo, Chinese not bomb Peahl Hahbah. That Japanese, not Chinese.” “Chinese, Japanese, Vietnamese… it doesn’t matter, you’re all alike.” Another thirty minutes of silence. Finally, the First Officer says: “No like Jew.” “Why not? Why don’t you like Jews?” “Jews sink Titanic.” “The Jews didn’t sink the Titanic. It was an iceberg.” “Iceberg, Goldberg, Rosenberg, Spielberg; no mattah … all da same.”Sent by Renata