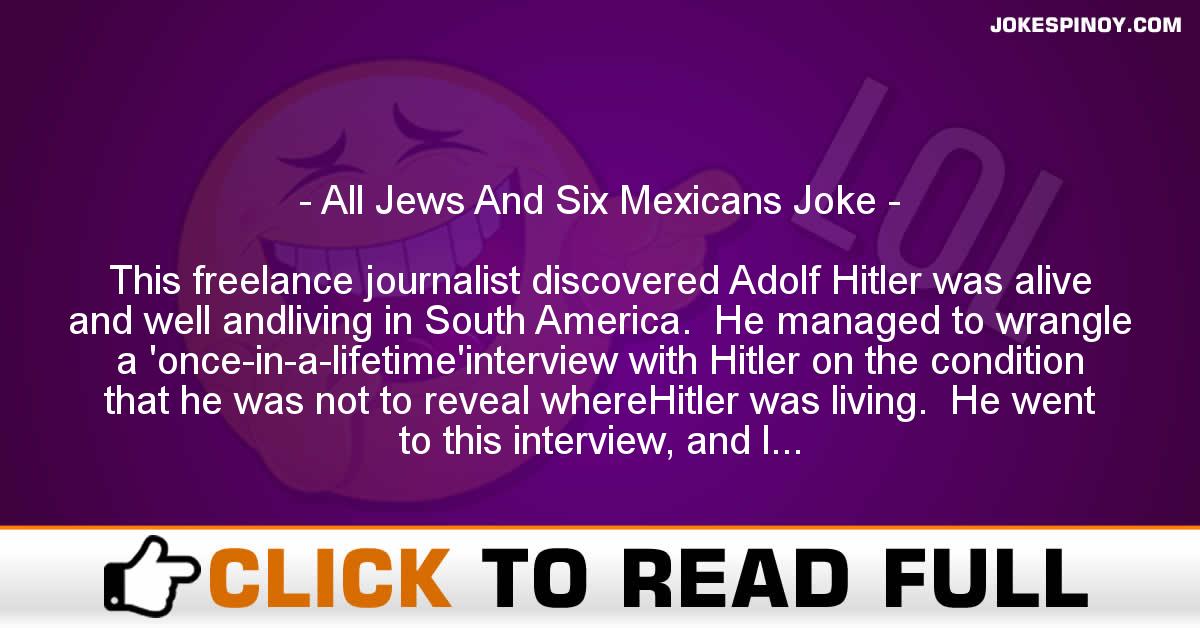 This freelance journalist discovered Adolf Hitler was alive and well andliving in South America. He managed to wrangle a ‘once-in-a-lifetime’interview with Hitler on the condition that he was not to reveal whereHitler was living. He went to this interview, and lo and behold, yes, itwas Adolf Hitler, looking very old. He interviewed him, asking him allsorts of questions, and as a final question, asked “What are you doing now,in the twilight of your life?”Hitler replied “Hah! Twilight of my life! I’ll have you know that I amsecretly putting together the 4th Reich, right here in South America! Thistime we’ll do it right. We have a foolproof plan – this time we will killEVERY JEW in the world – and 6 MEXICANS!!!”.The journalist asked “…but…but….but why 6 MEXICANS??”Hitler jumped to his feet and yelled “SEE, I TOLD THEM THAT NO-ONE GIVES ASHIT ABOUT THE JEWS!”