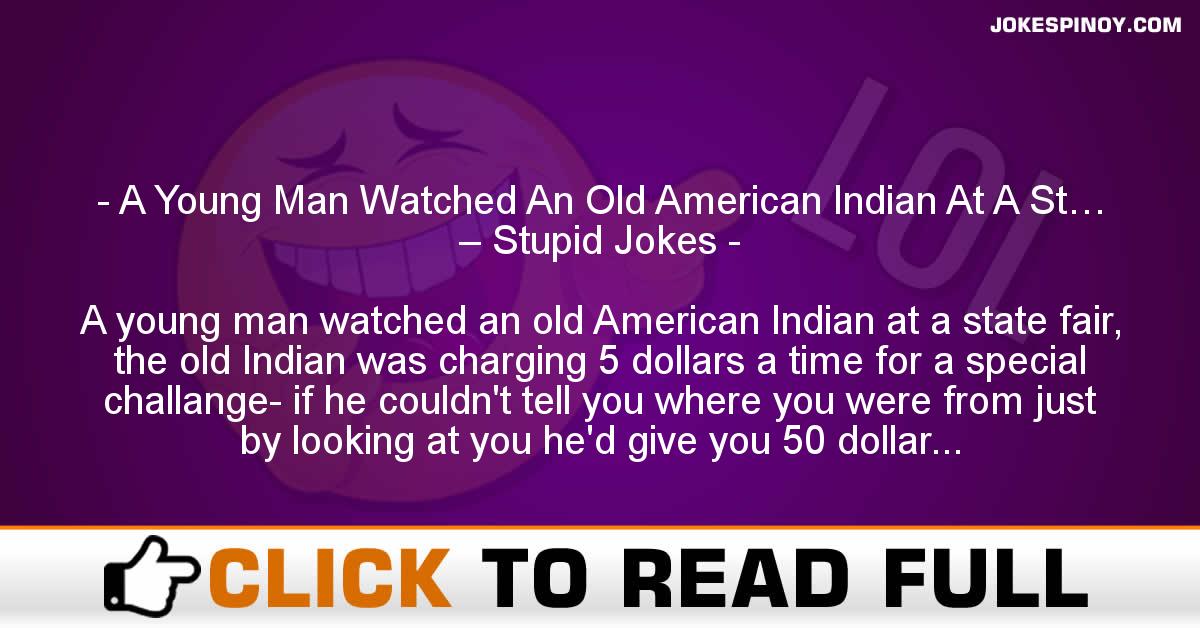 A young man watched an old American Indian at a state fair, the old Indian was charging 5 dollars a time for a special challange- if he couldn’t tell you where you were from just by looking at you he’d give you 50 dollars. The young man saw a cowboy try his luck first. The Indian looked him up and down, noticed some cow dung on his boot and declared: “You’re from Wyoming”.
“Wow, that’s right,” said the cowboy.
The young man looked on as another cowboy took his turn. The Indian looked him up and down, spotted straw and some cow dung on his boots and said: “You’re from Montana”
“Gee that’s right,” said the second cowboy.
The young man decided that he wanted to have a go, but thought of a way to confuse the Indian. Having observed that the Indian took great notice on boots, the young man polished his boots until they were spotless and showed no clues. He went into the Indians booth, the Indian looked him up and down and said: “You’re from Arkansas .”
“Gee, that’s amazing. How could you tell?”
“You’re jeans are on back to front.”