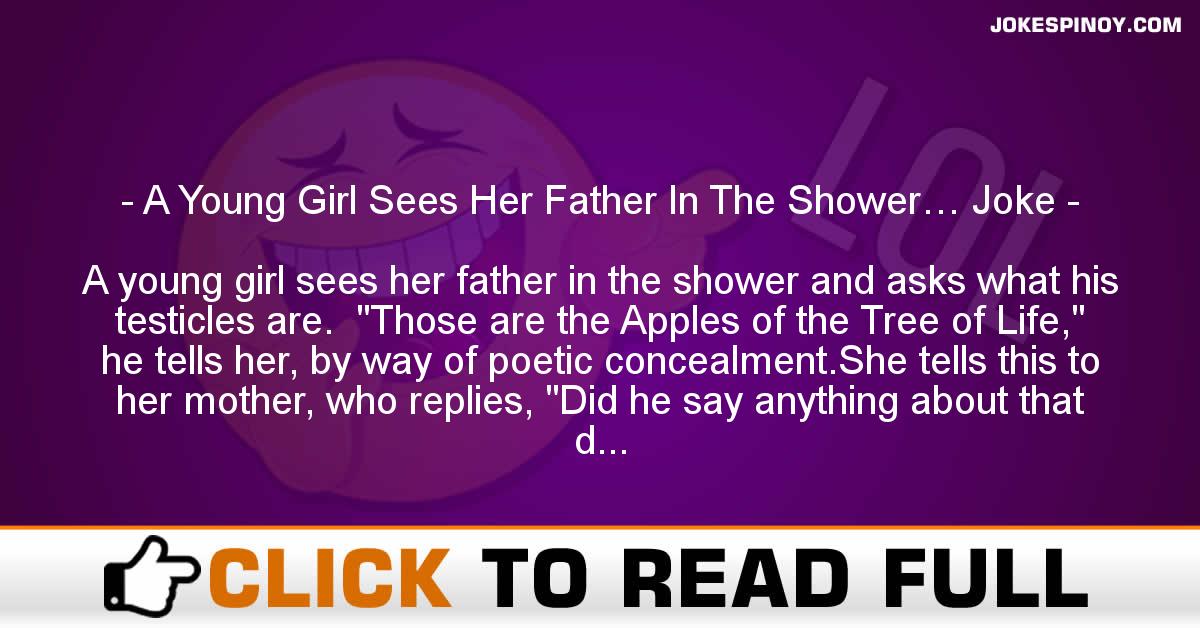 A young girl sees her father in the shower and asks what his testicles are. “Those are the Apples of the Tree of Life,” he tells her, by way of poetic concealment.She tells this to her mother, who replies, “Did he say anything about that dead branch they’re hanging on?”