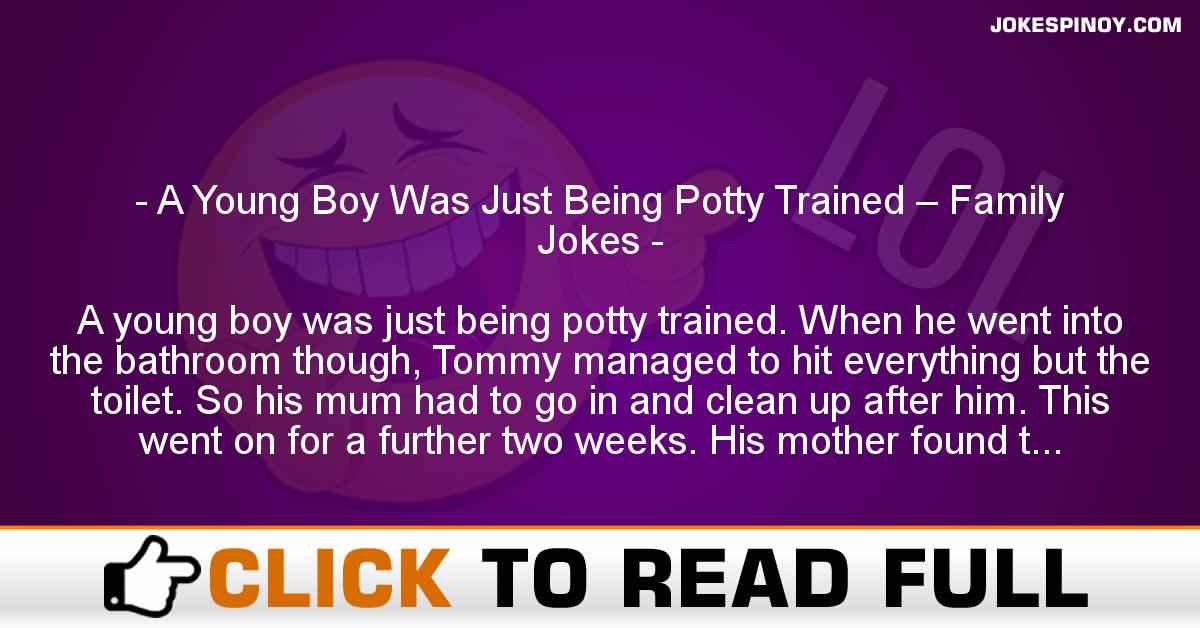 A young boy was just being potty trained. When he went into the bathroom though, Tommy managed to hit everything but the toilet. So his mum had to go in and clean up after him. This went on for a further two weeks. His mother found this most annoying and she’d had enough.
The next day she took young Tommy to the doctors. After the examination the Doctor said ‘his unit is too small. An old wives tale is to give him two slices of toast every morning, and his unit will eventually grow so he can hold it straight and pee with precision.’
‘oh thank you so much doctor we’ll see I’d that works!’ said the mother.
The next morning, Tommy jumped out of bed and ran downstairs to the kitchen. There on the table were twelve slices of toast.
‘Mum!’ he yelled. ‘The doctor said only two slices!’
‘I know Tommy’ said his mother. ‘The other ten are for your Father.’