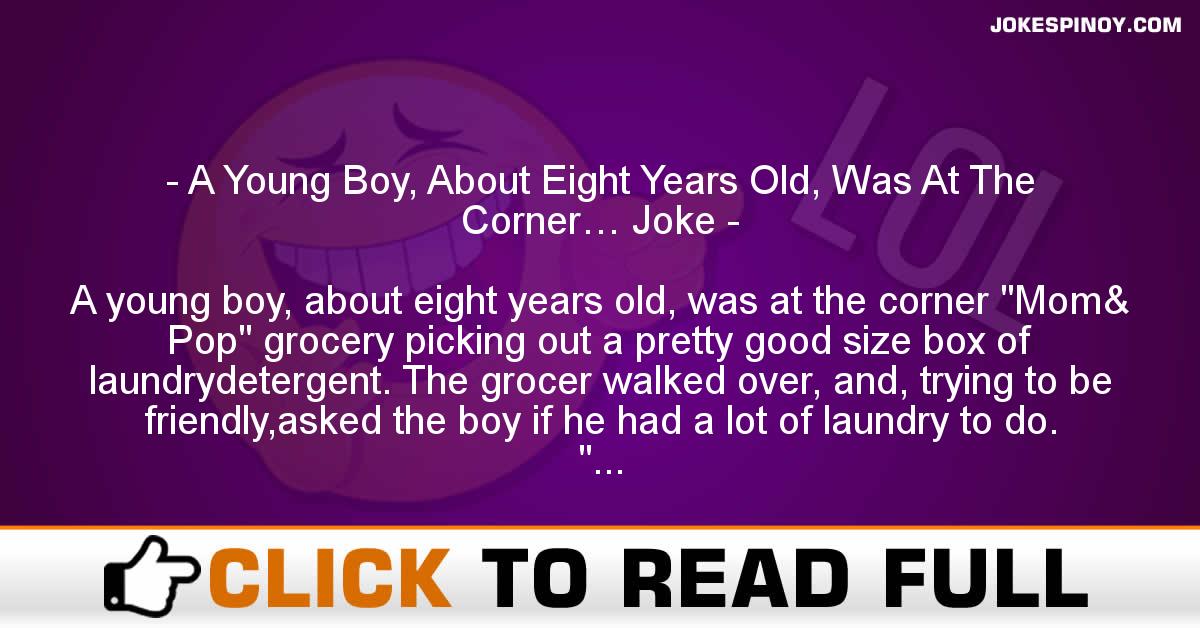 A young boy, about eight years old, was at the corner “Mom& Pop” grocery picking out a pretty good size box of laundrydetergent. The grocer walked over, and, trying to be friendly,asked the boy if he had a lot of laundry to do. “Oh, no laundry,” the boy said, “I’m going to wash my dog.””But you shouldn’t use this to wash your dog. It’s verypowerful and if you wash your dog in this, he’ll get sick. Infact, it might even kill him.” But the boy was not to be stopped and carried the detergentto the counter and paid for it, even as the grocer still tried totalk him out of washing his dog. About a week later the boy was back in the store to buy somecandy. The grocer asked the boy how his dog was doing. “Oh, he died,” the boy said. The grocer, trying not to be an “I-told-you-so”, said he wassorry the dog died but added, “I tried to tell you not to usethat detergent on your dog.” “Well, the boy replied, “I don’t think it was the detergentthat killed him.” “Oh? What was it then?” “I think it was the spin cycle!”