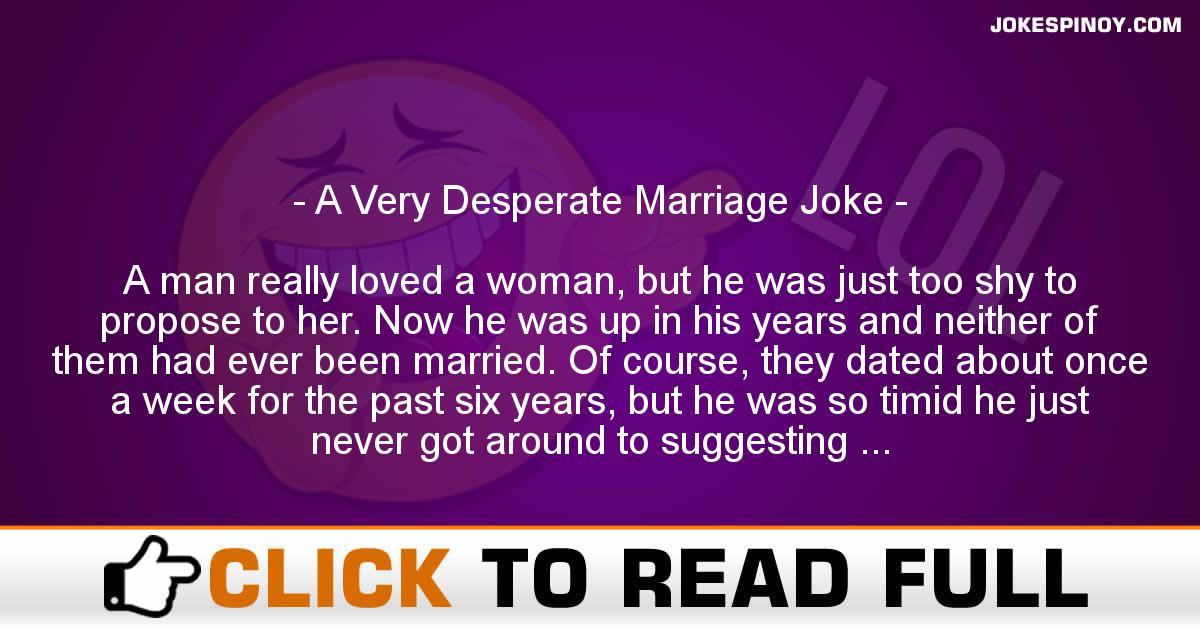 A man really loved a woman, but he was just too shy to propose to her. Now he was up in his years and neither of them had ever been married. Of course, they dated about once a week for the past six years, but he was so timid he just never got around to suggesting marriage much less living together.But one day, he became determined to ask her the question. So he calls her on the phone, “June.””Yes, this is June.””Will you marry me?””Of course I will! Who’s this?”