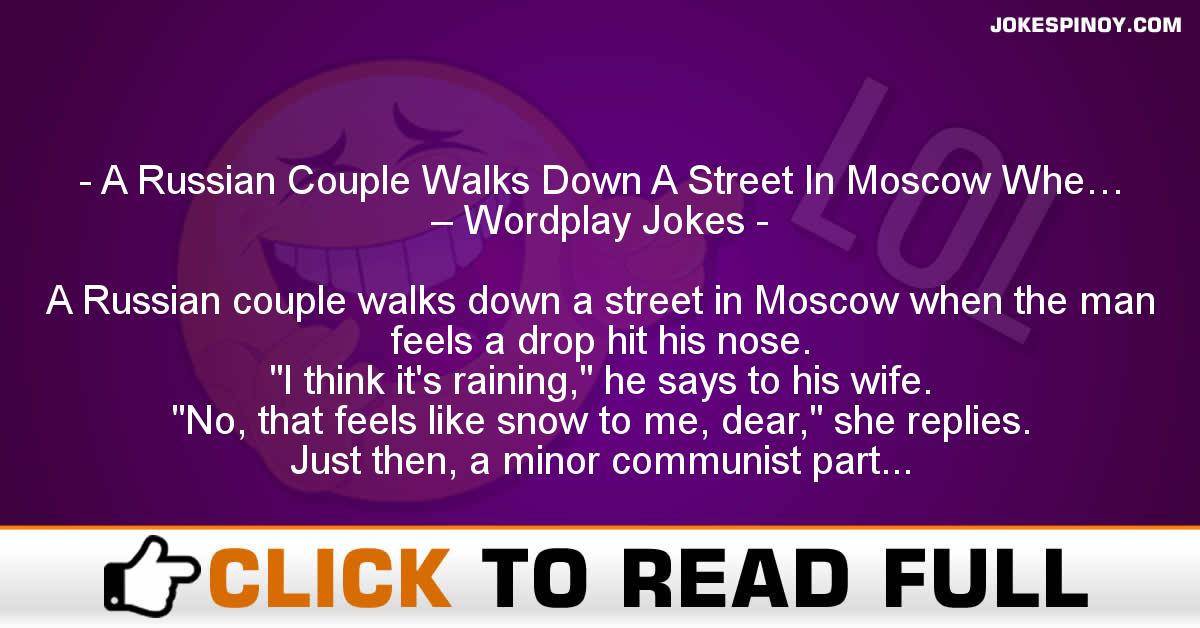 A Russian couple walks down a street in Moscow when the man feels a drop hit his nose.
“I think it’s raining,” he says to his wife.
“No, that feels like snow to me, dear,” she replies.
Just then, a minor communist party official walks towards them.
“Let’s not fight about it,” the man says. “Let’s ask Comrade Rudolph whether it’s officially raining or snowing.”
“It’s raining, of course,” Comrade Rudolph says and walks on.
But the woman insists, “I know that felt like snow.”
To which the man quietly says, “Rudolph the Red knows rain, dear.”