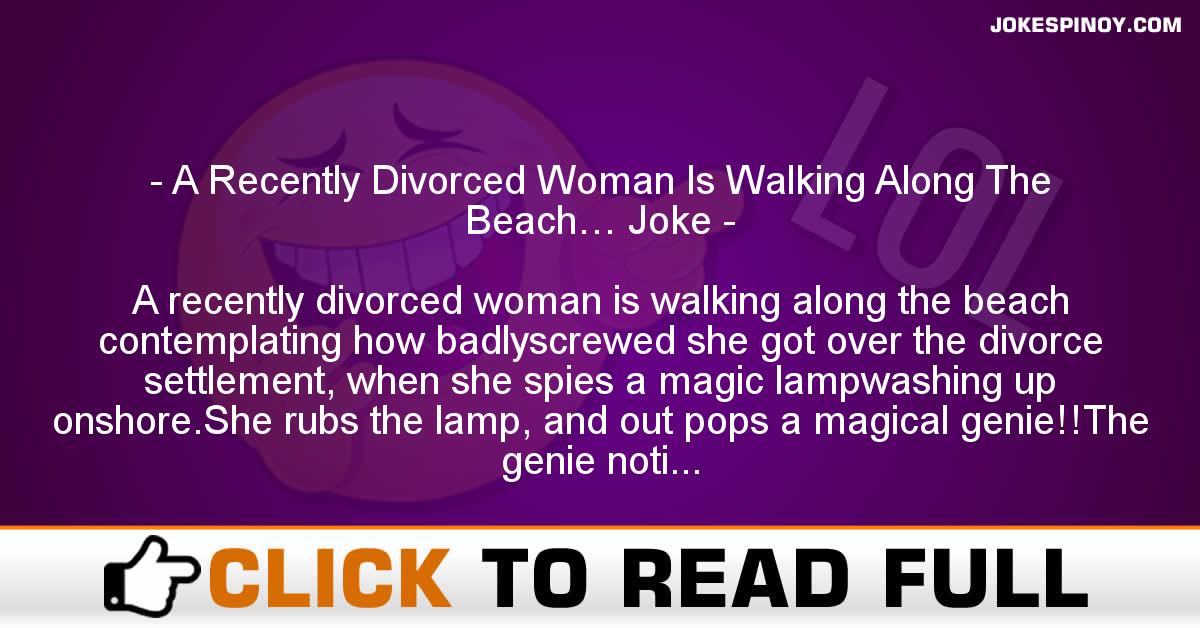 A recently divorced woman is walking along the beach contemplating how badlyscrewed she got over the divorce settlement, when she spies a magic lampwashing up onshore.She rubs the lamp, and out pops a magical genie!!The genie notices her anger and lets her vent her troubles to him. As aconsolation, the genie informs that he will give her three wishes. But, hecautions her that because he does not believe in divorce, he will give herex-husband ten times the amount of whatever she wishes.The woman is steaming mad, thinking that this is hardly fair, but she makesher first wish. The first wish was for a billion dollars. The genie grantsher wish and she finds herself sitting in pile of one billion one-dollarbills. The genie then reminds her that her husband is now the recipient of10 billion dollars.The woman can barely contain her anger when she makes her second wish. Thesecond wish was for a beautiful mansion on the shore of her own privatebeach. In an instant it was granted, but the genie then reminds gain thather ex-husband now owns ten of what she wished for, and points own the beachto a small development of ten such mansions.Upon hearing this, the woman takes her time to contemplate her last wish.Just as the genie was about to give up on her, the woman informs the geniethat she wants to make the last wish. But, before she can do this, thegenie again warns her that her ex-husband will get tentimes what she wishes for.No problem, said the woman as she grinned in ecstasy. For my last wish…”Id like to give birth to twins”.