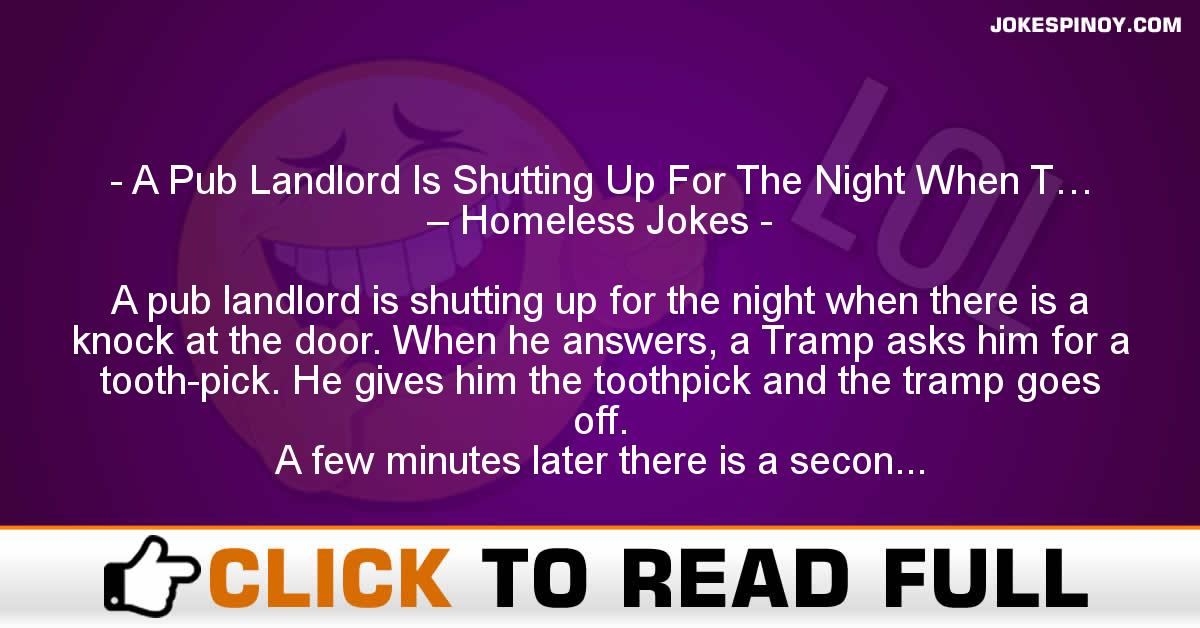 A pub landlord is shutting up for the night when there is a knock at the door. When he answers, a Tramp asks him for a tooth-pick. He gives him the toothpick and the tramp goes off.
A few minutes later there is a second knock. When he answers, there is a second Tramp who also asks for a toothpick. He gets his toothpick and off he goes.
There is a third knock at the door, and a third Tramp. The landlord says, “Don’t tell me, you want a toothpick too.”
“No, a straw,” says the Tramp.
The landlord gives him a straw but is curious as to why he wants it, so he asks the Tramp why he wants a straw and not a toothpick.
To which the Tramp replies, “Some bloke just threw up outside but all the good stuff’s gone already”.