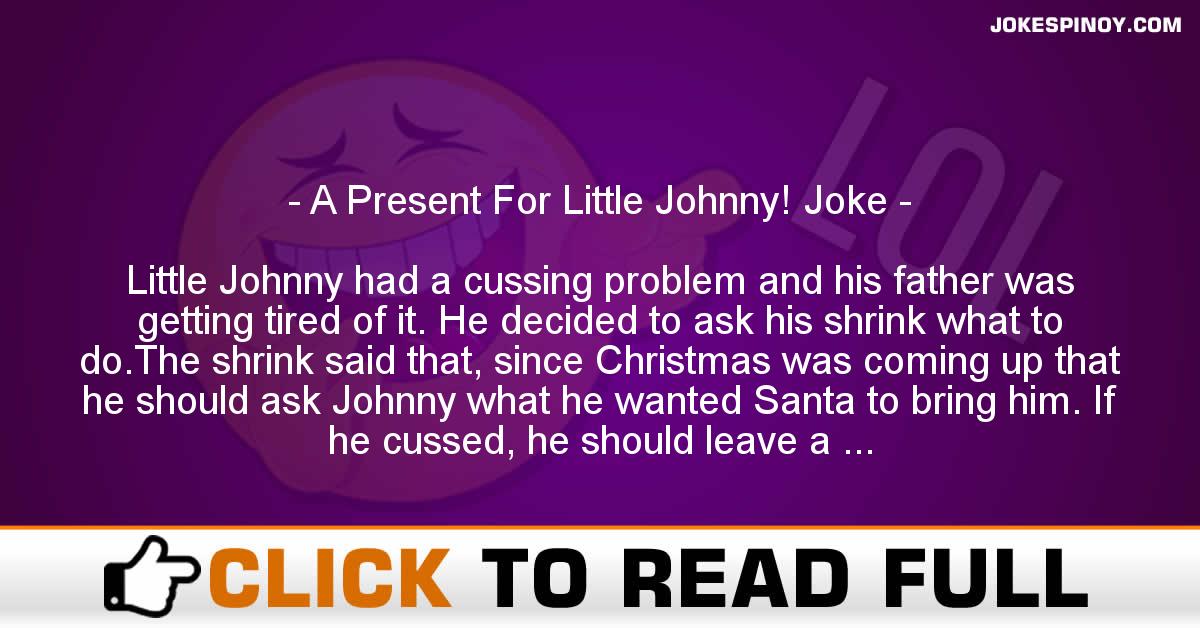 Little Johnny had a cussing problem and his father was getting tired of it. He decided to ask his shrink what to do.The shrink said that, since Christmas was coming up that he should ask Johnny what he wanted Santa to bring him. If he cussed, he should leave a pile of dog shit in place of the gift.Two days before Christmas, Johnny’s dad asked Johnny what he wanted. Johnny said, “I want a goddamned teddy-bear laying right f**kin here beside me when I wake-up Christmas morning. Then, when I go downstairs I want to see a motherf**kin’ train going around the goddamned tree, and when I go outside I want to see a red-a*sed f**kin’ bike leaning up against the damn garage!”Christmas morning, Little Johnny woke up and rolled over into a big pile of dog shit. Confused, he walked downstairs and saw a bunch of dog shit around the Christmas tree. Scratching his head, he walked outside and saw a huge pile of dog shit by the garage. When he walked back inside with a curious look on his face.His dad smiled and asked…”So Johnny, what did Santa bring you this year?”Johnny replied, “I think I got a f**kin’ dog but I can’t find the son of a bitch.”