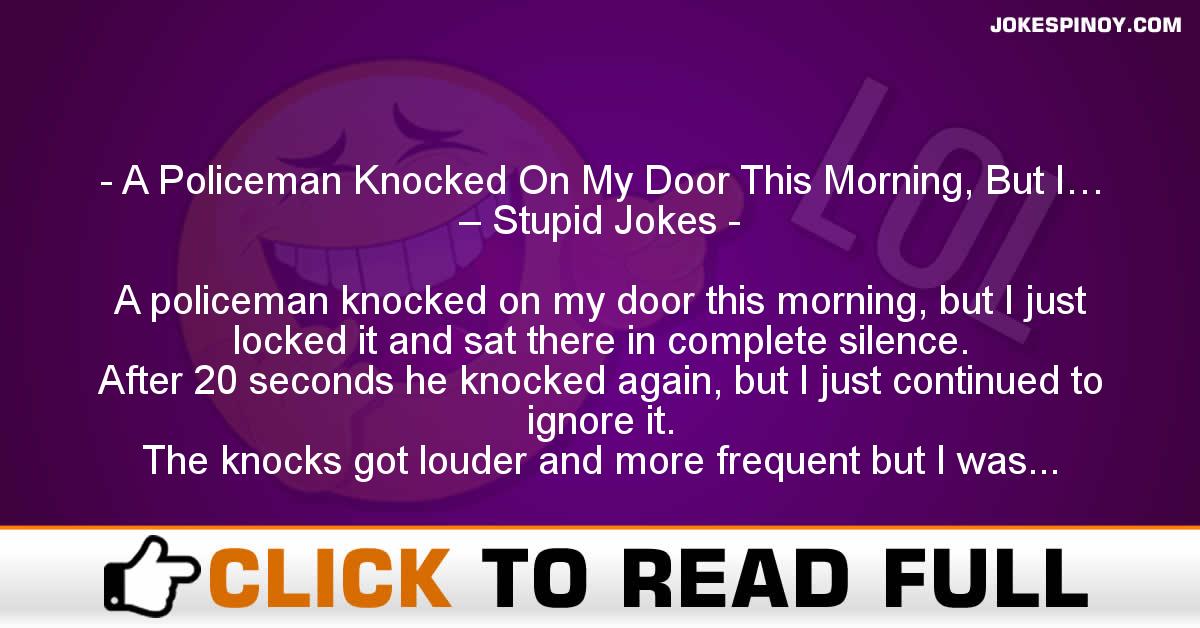 A policeman knocked on my door this morning, but I just locked it and sat there in complete silence.
After 20 seconds he knocked again, but I just continued to ignore it.
The knocks got louder and more frequent but I was determined not to move in the hope that he would just go away.
Then he decided to look through the window.
He shouted, “Do you think I’m stupid? I can see you in there, sir. Open the door.”
I said, “You’re not coming in mate!”
He said, “I don’t want to come in, I just want you to step out of the car.”