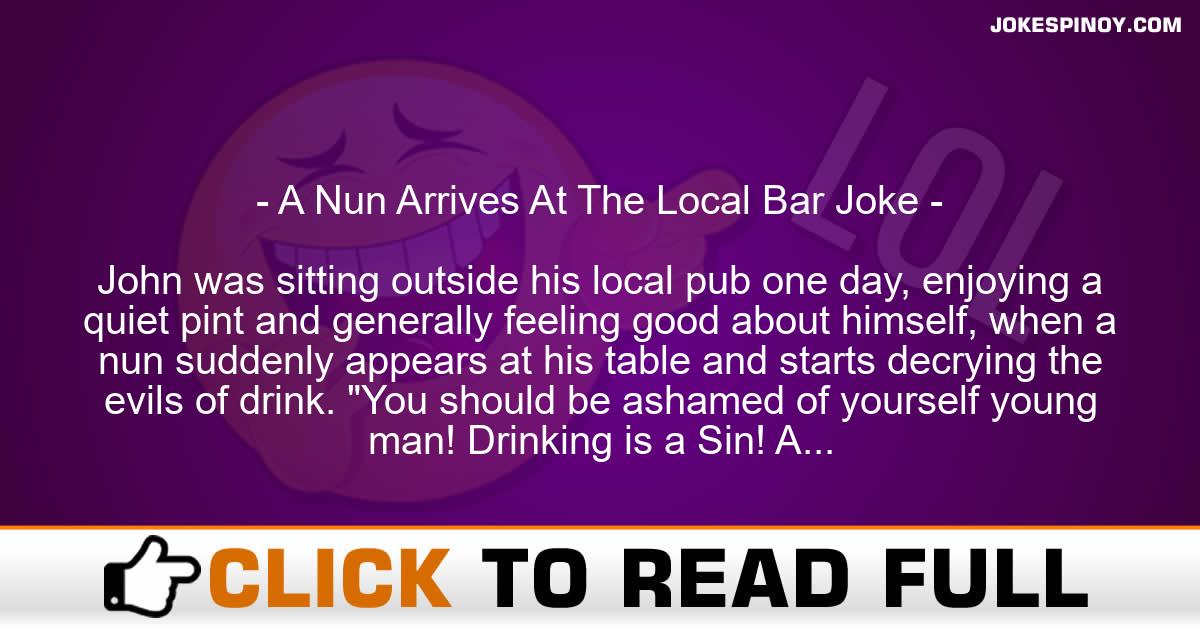 John was sitting outside his local pub one day, enjoying a quiet pint and generally feeling good about himself, when a nun suddenly appears at his table and starts decrying the evils of drink. “You should be ashamed of yourself young man! Drinking is a Sin! Alcohol is the blood of the devil!” Now John gets pretty annoyed about this, and goes on the offensive. “How do you know this, Sister?” “My Mother Superior told me so.””But have you ever had a drink yourself? How can you be sure that what you are saying is right?” “Don’t be ridiculous–of course I have never taken alcohol myself” “Then let me buy you a drink – if you still believe afterwards that it is evil I will give up drink for life” “How could I, a Nun, sit outside this public house drinking?!” “I’ll get the barman to put it in a teacup for you, then no one will ever know.”The Nun reluctantly agrees, so John goes inside to the bar. “Another pint for me, and a triple vodka on the rocks”, then he lowers his voice and says to the barman “and could you put the vodka in a teacup?””Oh no! It’s not that Nun again is it?”