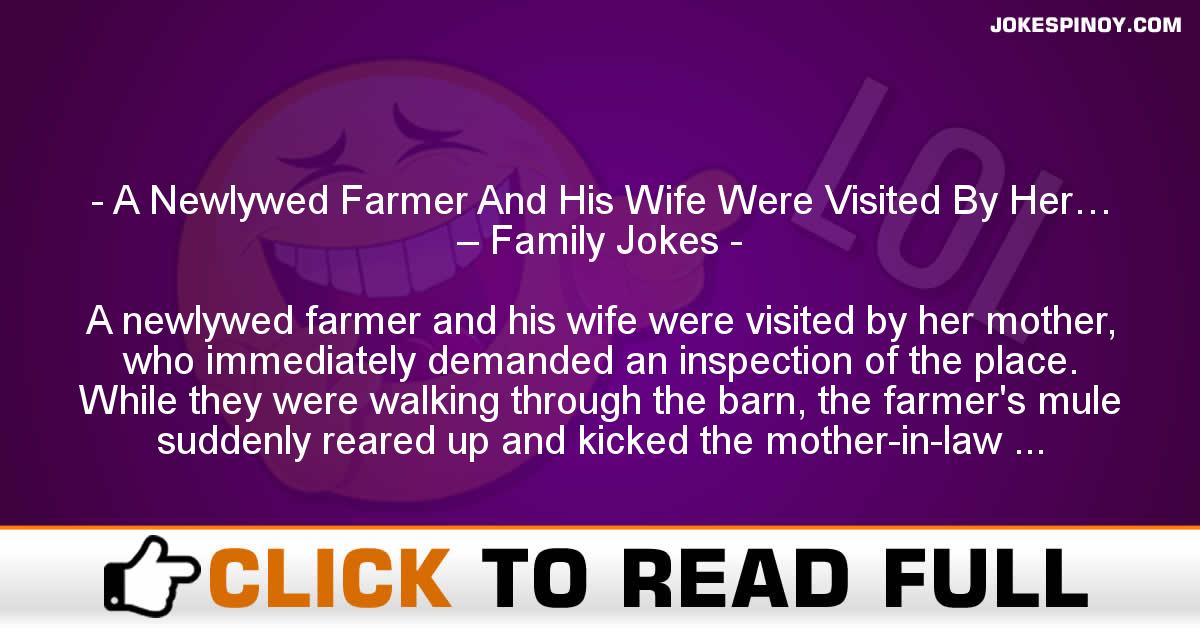 A newlywed farmer and his wife were visited by her mother, who immediately demanded an inspection of the place.
While they were walking through the barn, the farmer’s mule suddenly reared up and kicked the mother-in-law in the head, killing her instantly.
At the funeral service a few days later, the farmer stood near the casket and greeted folks as they walked by.
The priest noticed that whenever a woman would whisper something to the farmer, he would nod his head “Yes” and say something.
Whenever a man walked by and whispered to the farmer, he would shake his head, “No” and mumble a reply.
Curious, the priest later asked the farmer what that was all about.
The farmer replied, “The women would say, ‘What a terrible tragedy’ and I would nod my head and say, ‘Yes, it was.'”
The men would ask, “‘You wanna sell that mule?’ and I would shake my head and say, ‘Can’t. It’s all booked up for a year.’