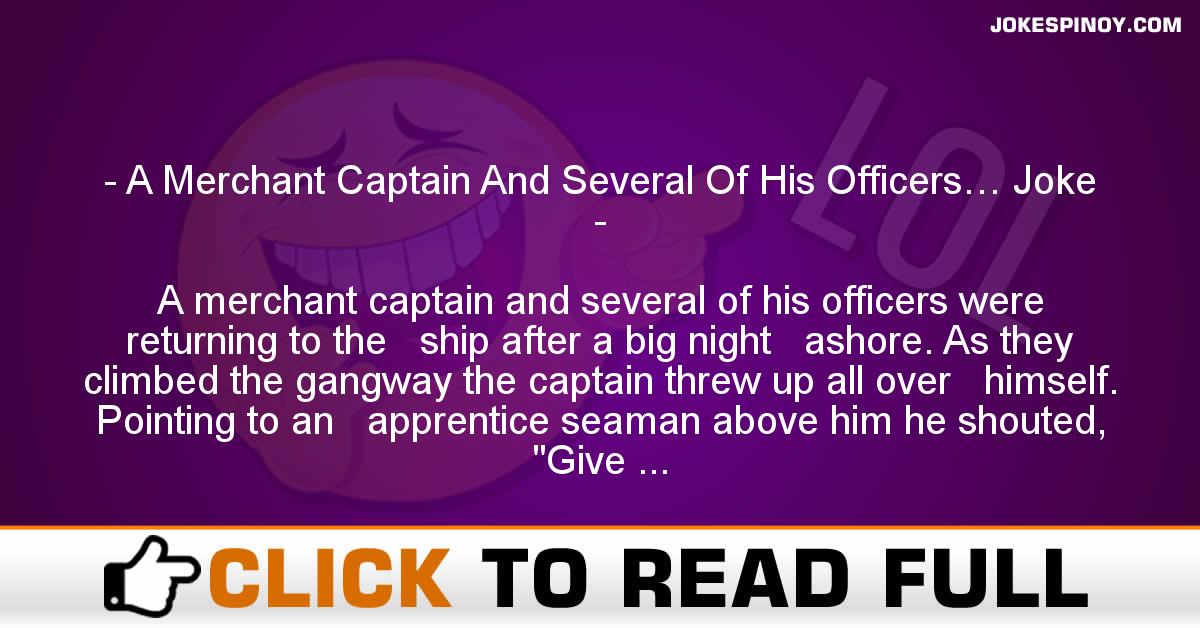 A merchant captain and several of his officers were returning to the ship after a big night ashore. As they climbed the gangway the captain threw up all over himself. Pointing to an apprentice seaman above him he shouted, “Give that man five days in the brig for vomiting on me!” The following morning the captain was checking the log and saw that the young seaman had been sentenced to ten days and asked the chief mate why. “Well Sir, when we got you undressed we found that he`d also shit in your pants.”