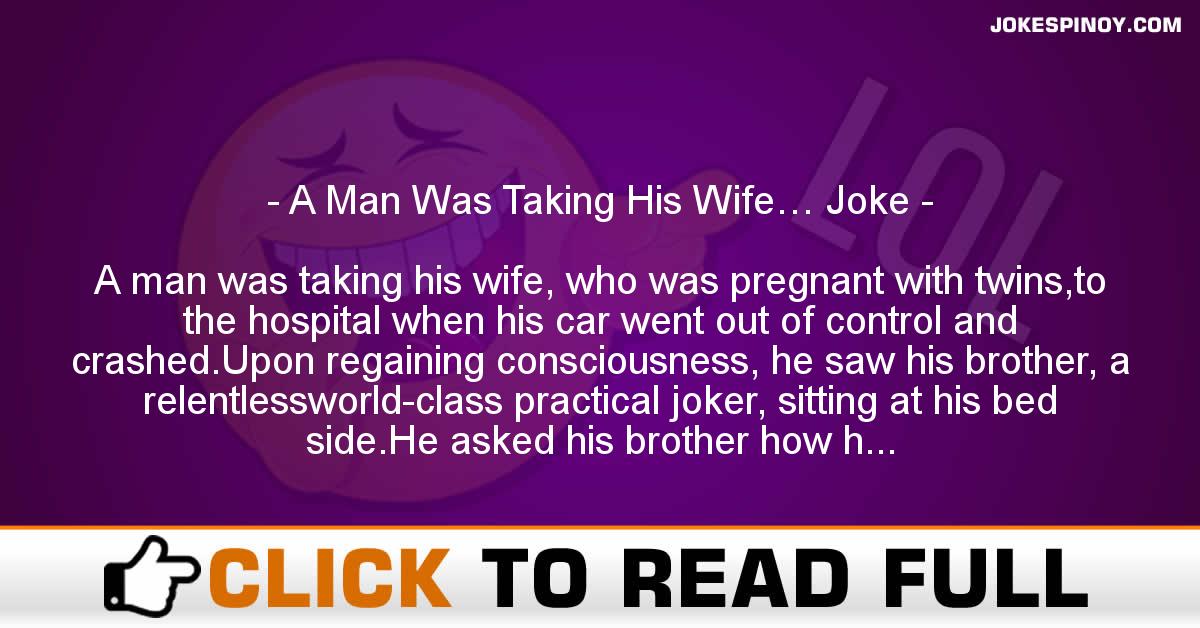 A man was taking his wife, who was pregnant with twins,to the hospital when his car went out of control and crashed.Upon regaining consciousness, he saw his brother, a relentlessworld-cla*s practical joker, sitting at his bed side.He asked his brother how his wife was and his brother replied,”Don’t worry, everybody is fine and you have a son and a daughter.But the hospital was in a real hurry to get the birth certificatesfiled and since both you and your wife were unconscious,I named them for you.”The husband was thinking to himself, “Oh no, what has hedone now?” and said with trepidation,”Well what did you name them?”The brother replied, “I named the little girl Denise.”The husband, relieved, said, “That’s a very pretty name!What did you come up with for my son?”The brother replied, “Denephew.”