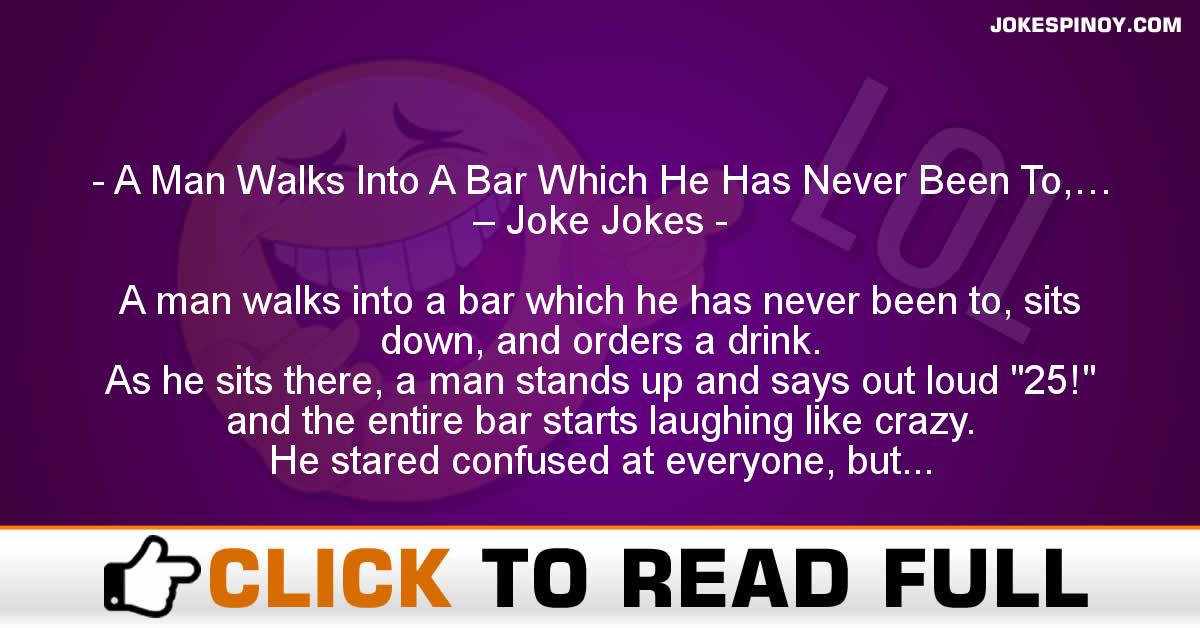 A man walks into a bar which he has never been to, sits down, and orders a drink.
As he sits there, a man stands up and says out loud “25!” and the entire bar starts laughing like crazy.
He stared confused at everyone, but remained silent.
He heard another shout,
“One-hundred and fifty six!” and the entire bar shakes with laughter.
After the laughter settled down, the man thought he should contribute. He stood up, and said out loud “Two-hundred and five!”.
The bar was quiet, everyone staring at this newcomer. Clearly thinking deeply. Then, after several seconds, they all burst out laughing – there were people falling on the floor and people bent over from laughter.
The man turns to the bartender and asked what just happened and why the long silence at first.
“Well, everyone in this bar has been regular customers for years now. So they all know all the jokes, so instead of telling out the entire joke, they just say the number related to that joke. Makes it much easier for everyone, y’see” he explained. “And yours was a brand new joke! Took them a while to understand, though”.