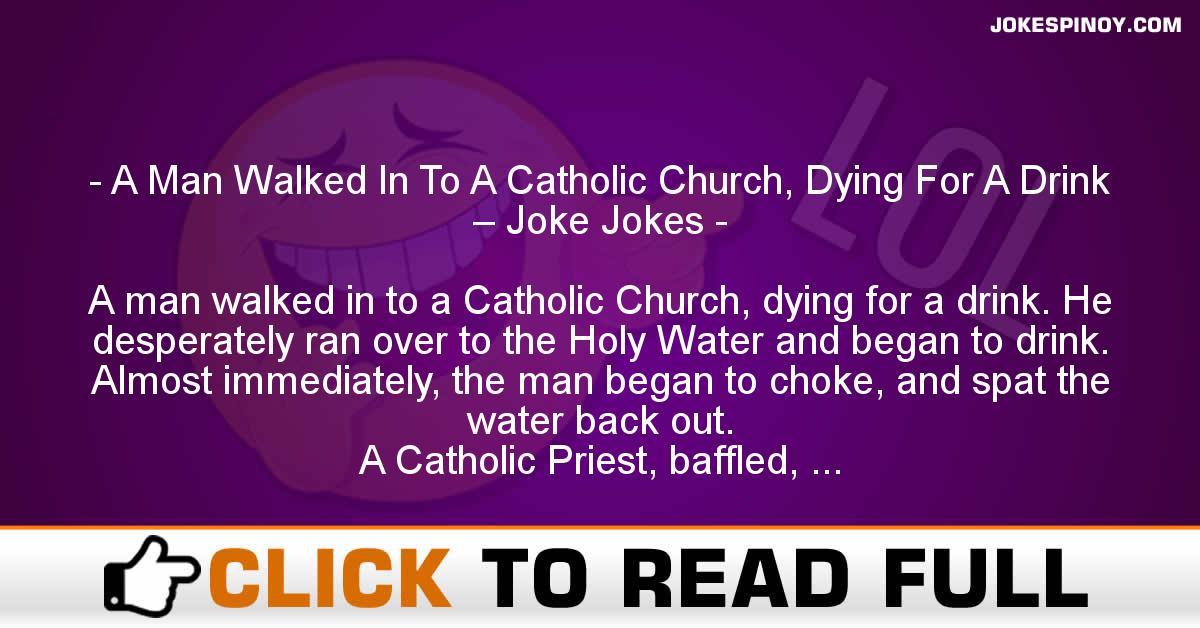 A man walked in to a Catholic Church, dying for a drink. He desperately ran over to the Holy Water and began to drink. Almost immediately, the man began to choke, and spat the water back out.
A Catholic Priest, baffled, stormed over to the man and asked him what the matter was.
“This water is disgusting!”, the man yelled, “What’s wrong with it?!”
The Catholic Priest, slightly insulted, took a step back.
“It’s about seven years old, why are you doing that?!”
To which the man replied,
“I could be asking you the same thing!”