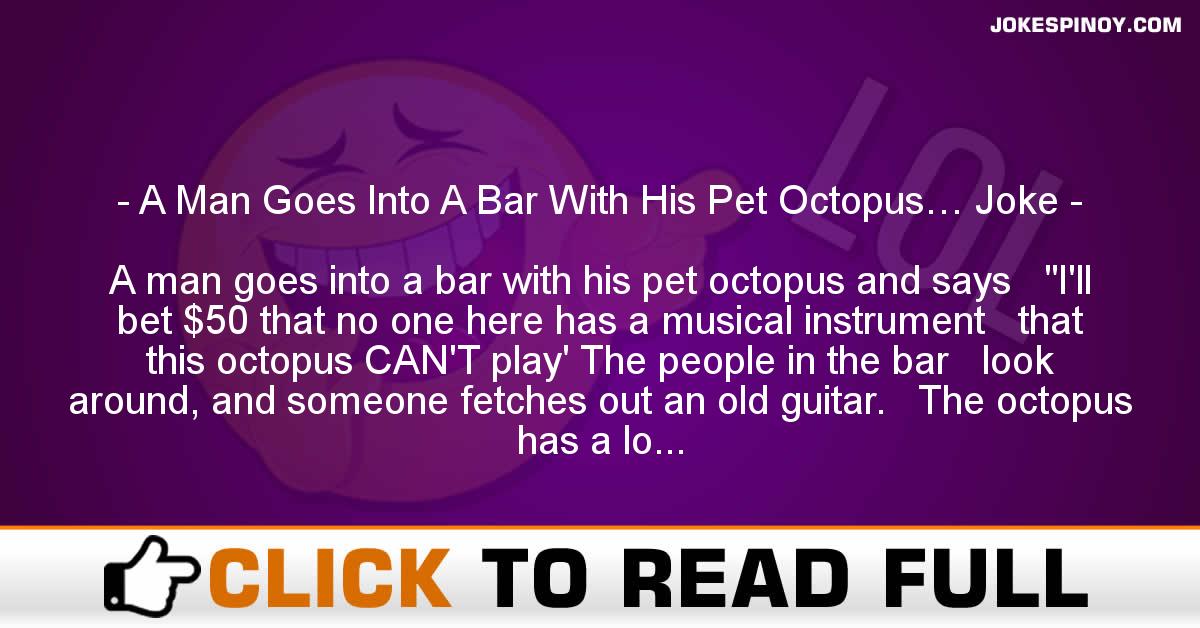 A man goes into a bar with his pet octopus and says “I’ll bet $50 that no one here has a musical instrument that this octopus CAN’T play’ The people in the bar look around, and someone fetches out an old guitar. The octopus has a look,picks it up, tunes the string, and starts playing the guitar.The octopus’ owner pockets the $50 Next, a guy comes up with a trumpet. The octopus takes the horn, loosens up the keys, licks it’s lips and starts playing a jazz solo. The guy pockets yet another $50. The bar owner has been watching all of this and disappears to the back. He comes back a few moments later with a set of bagpipes under his arm. He puts them on the bar and says to the guy and his octopus, ‘ Now, if your octopus can play THAT, I’ll give you $100. The octopus takes a long hard look at the bagpipes, lifts it up, turns it over, has yet another look from a different angle. Puzzled, the octopus’ owner comes over and says ‘What are you waitin for? Hurry up and play that damn thing! The octopus says, ‘Play it? Hell if I can work out how to get it’s pajamas off, I’m gonna screw it!!