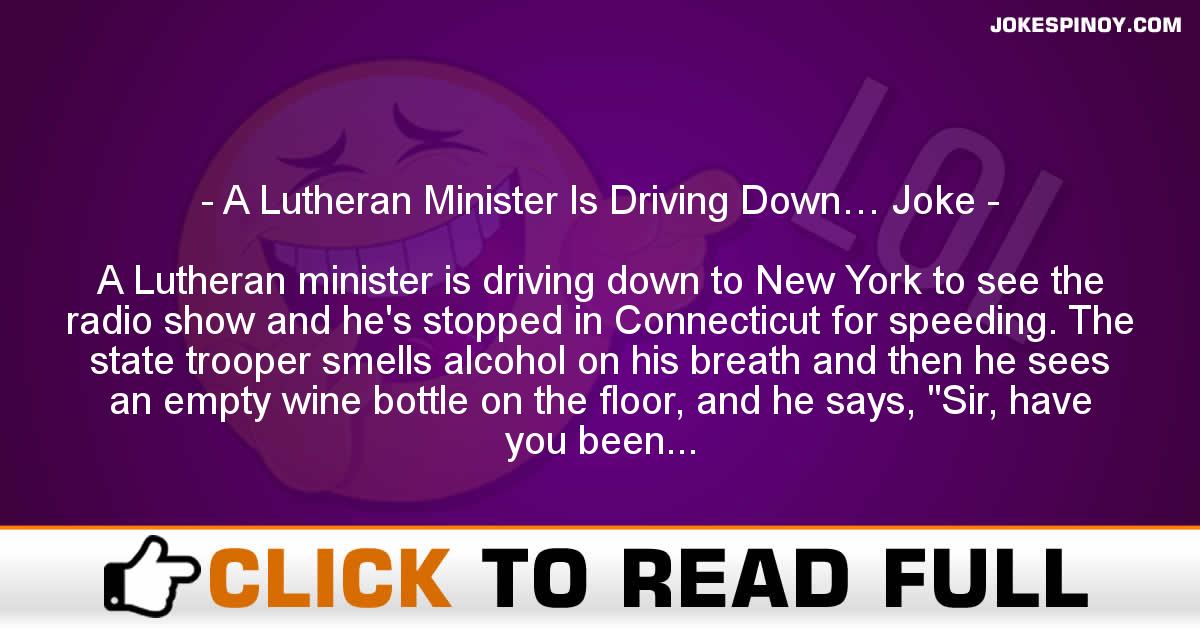 A Lutheran minister is driving down to New York to see the radio show and he’s stopped in Connecticut for speeding. The state trooper smells alcohol on his breath and then he sees an empty wine bottle on the floor, and he says, “Sir, have you been drinking?”And the minister says, “Just water.”The sheriff says, “Then why do I smell wine?”And the minister looks down at the bottle and says, “Good Lord, He’s done it again!”