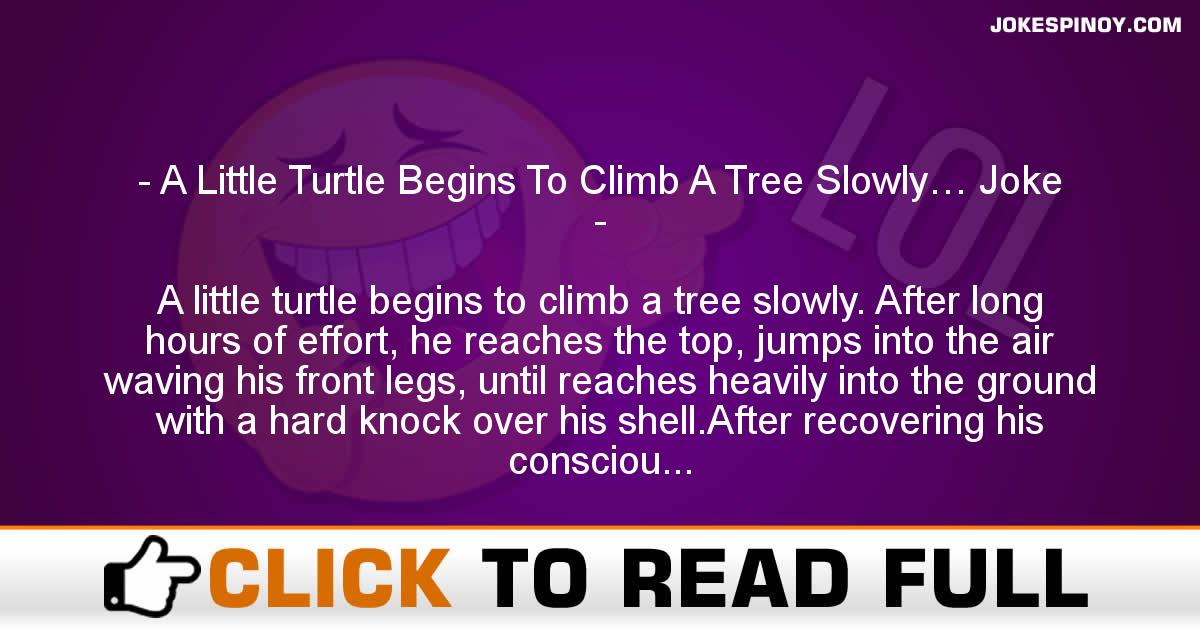 A little turtle begins to climb a tree slowly. After long hours of effort, he reaches the top, jumps into the air waving his front legs, until reaches heavily into the ground with a hard knock over his shell.After recovering his consciousness, he starts to climb the tree again, jumps again, and knocks the ground heavily again.The little turtle insisted again and again after each knock, while a couple of birds sitting at the edge of a branch, looking the turtle with pain..suddenly the female bird says to the male: “Hey dear, I think it’s time to tell our little turtle he is adopted.”