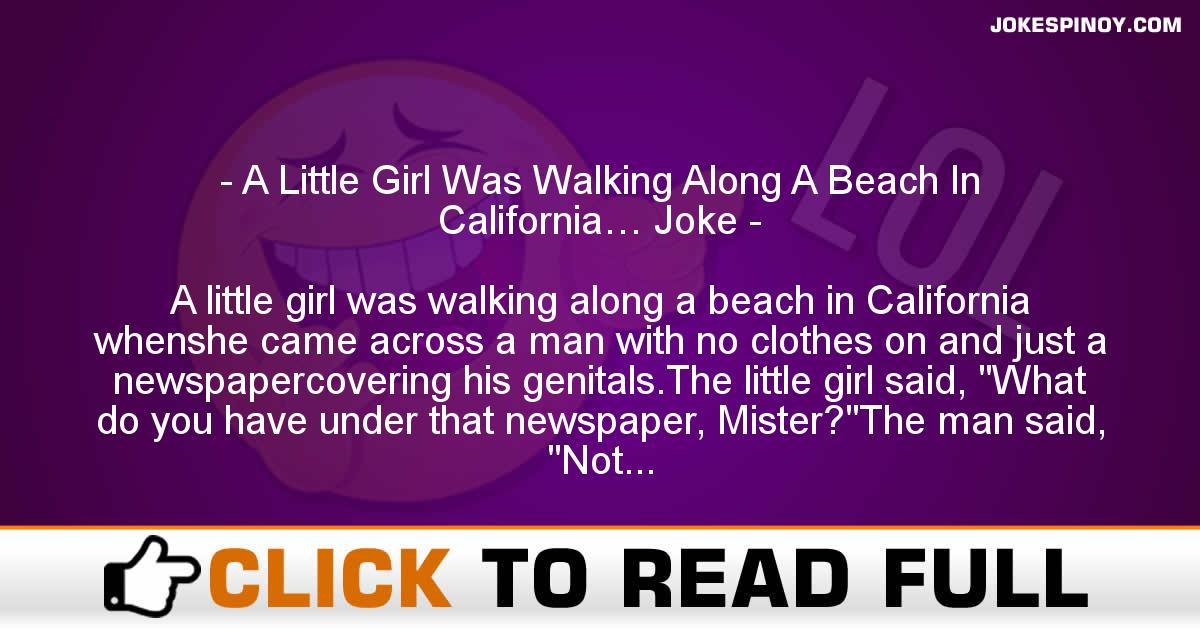 A little girl was walking along a beach in California whenshe came across a man with no clothes on and just a newspapercovering his genitals.The little girl said, “What do you have under that newspaper, Mister?”The man said, “Nothing, it’s just a bird, now go away!”The man thought nothing of her and quickly fell asleep.Hours later, the man woke up in a hospital bed in excrutiating pain.”Where the hell am I?”A doctor replied, “Someone called 9-1-1 and said you needed emergencyhelp, so we rushed you right over.””Well, what the hell happened to me?””We don’t know, son. Do you remember anything unusual happeningto you today?”The man said, “Well, there was a little girl bugging me justbefore I fell asleep.” The doctor sent someone to the beach to see if the little girl wasstill there, and she was. The person said, “Do you know what happenedto that nice man you saw here earlier?””Well,” the little girl said, “I started to play with that nice littlebird that he had and the damn thing spit on me. So, I wrung its neck,broke its eggs, and set its nest on fire!”