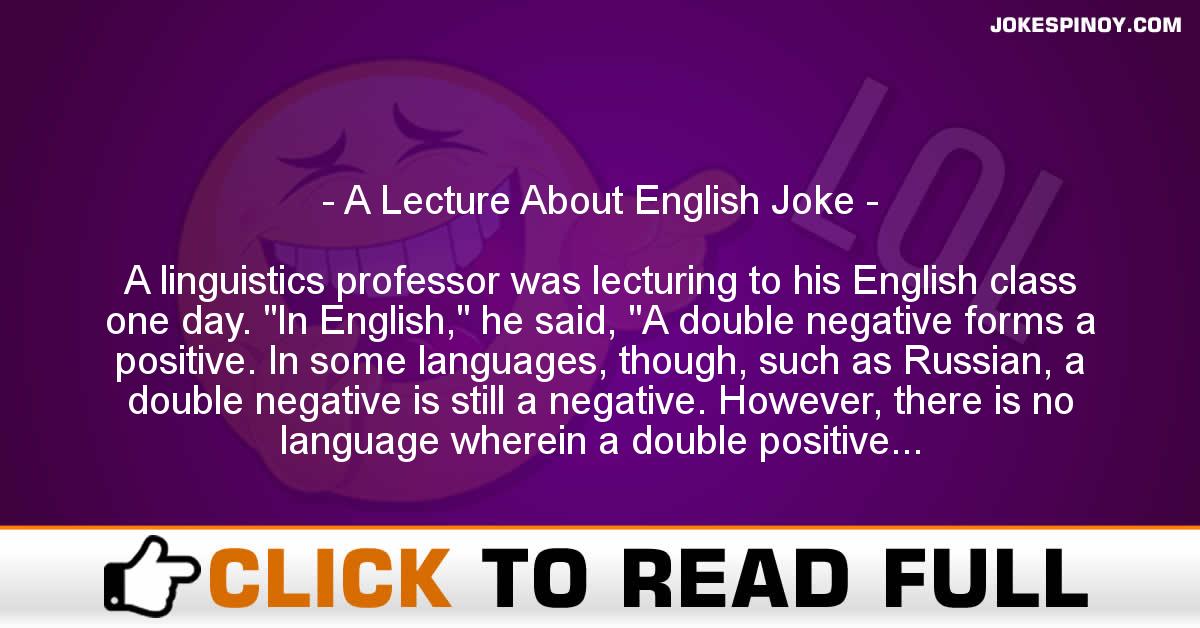 A linguistics professor was lecturing to his English cla*s one day. “In English,” he said, “A double negative forms a positive. In some languages, though, such as Russian, a double negative is still a negative. However, there is no language wherein a double positive can form a negative.”A voice from the back of the room piped up, “Yeah, right.”