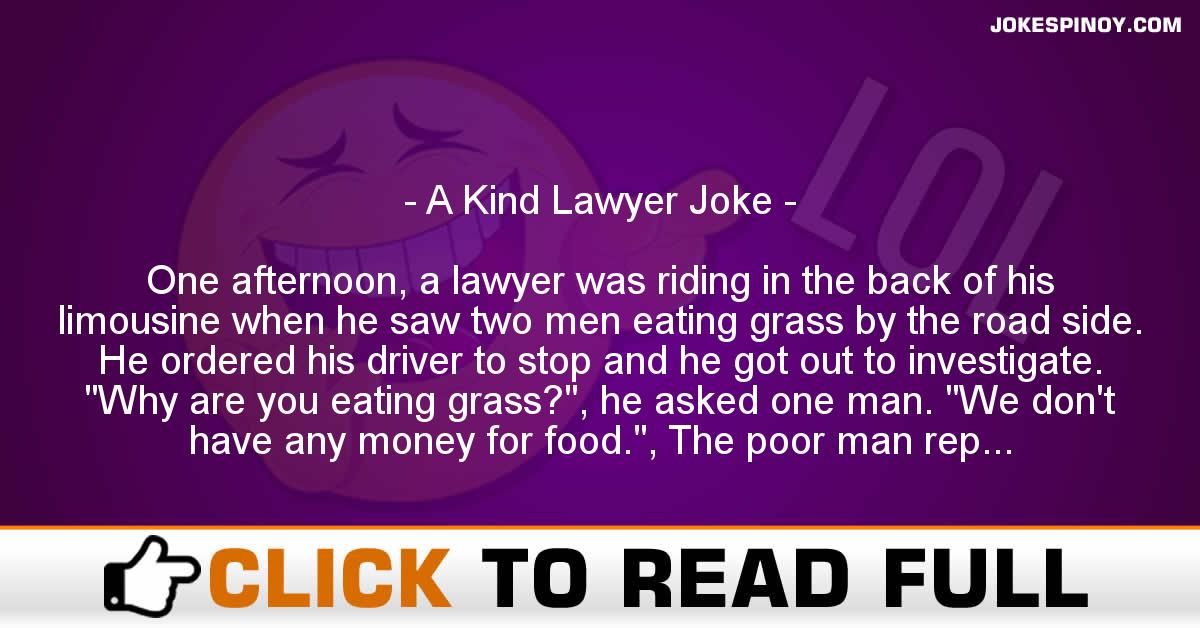 One afternoon, a lawyer was riding in the back of his limousine when he saw two men eating gra*s by the road side. He ordered his driver to stop and he got out to investigate. “Why are you eating gra*s?”, he asked one man. “We don’t have any money for food.”, The poor man replied. “Oh, come along with me then.” “But sir, I have a wife with two children!” “Bring them along! And you, come with us too!”, he said to the other man. “But sir, I have a wife with six children!” the second man answered. “Bring them as well!” They all climbed into the car, which was no easy task, even for a car as large as the limo. Once underway, one of the poor fellows says “Sir, you are too kind. Thank you for taking all of us with you.” The lawyer replied “No, you don’t understand, the gra*s at my home is about three feet tall!”