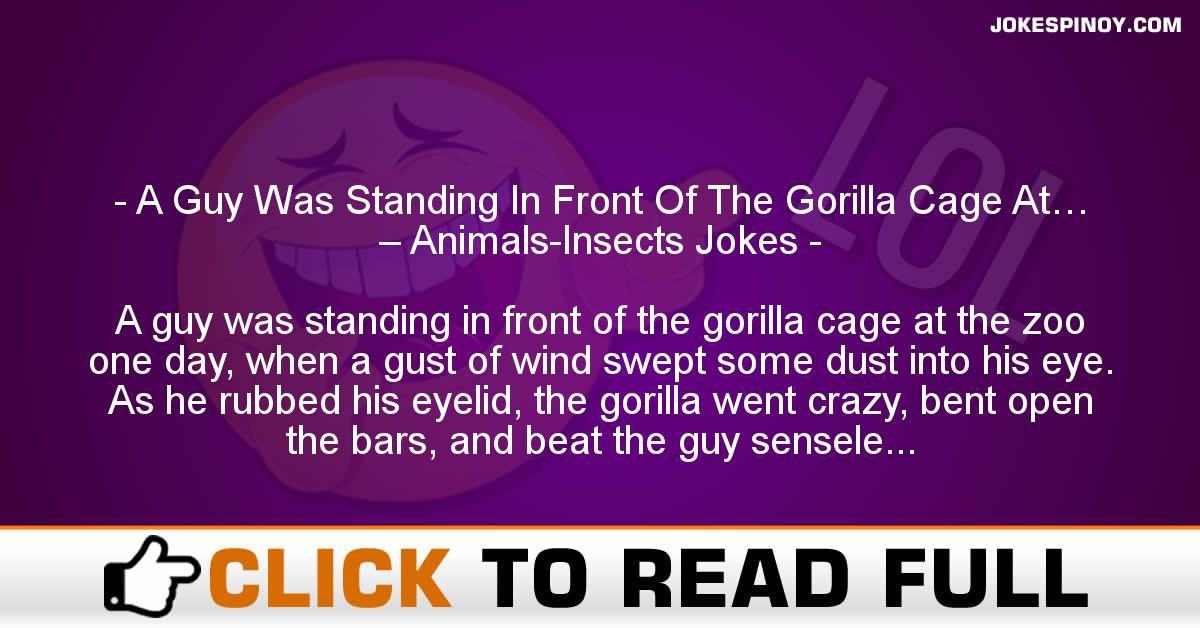 A guy was standing in front of the gorilla cage at the zoo one day, when a gust of wind swept some dust into his eye. As he rubbed his eyelid, the gorilla went crazy, bent open the bars, and beat the guy senseless.
When the guy came to his senses, he reported the incident to the zookeeper. Nodding, the zookeeper explained that pulling down your eyelid means “screw you” in gorilla language. The explanation didn’t make the victim feel any better – and he vowed revenge.
The next day, he purchased two large knives, two party hats, two party horns, and a large sausage. Putting the sausage in his pants, he hurried to the zoo and went right up to the gorilla’s cage where he opened up his bag of goodies. Knowing that gorillas were natural mimics, he put on a party hat. The gorilla looked at him, reached through the bars, grabbed a hat from the bag, and put it on.
Next, the guy picked up his horn and blew on it. The gorilla reached out, picked up his horn, and did the same. Then the man picked up his knife, whipped the sausage out of his pants, and sliced it in half. The gorilla looked at the knife, looked at his own crotch, looked at the man, and pulled down his eyelid.