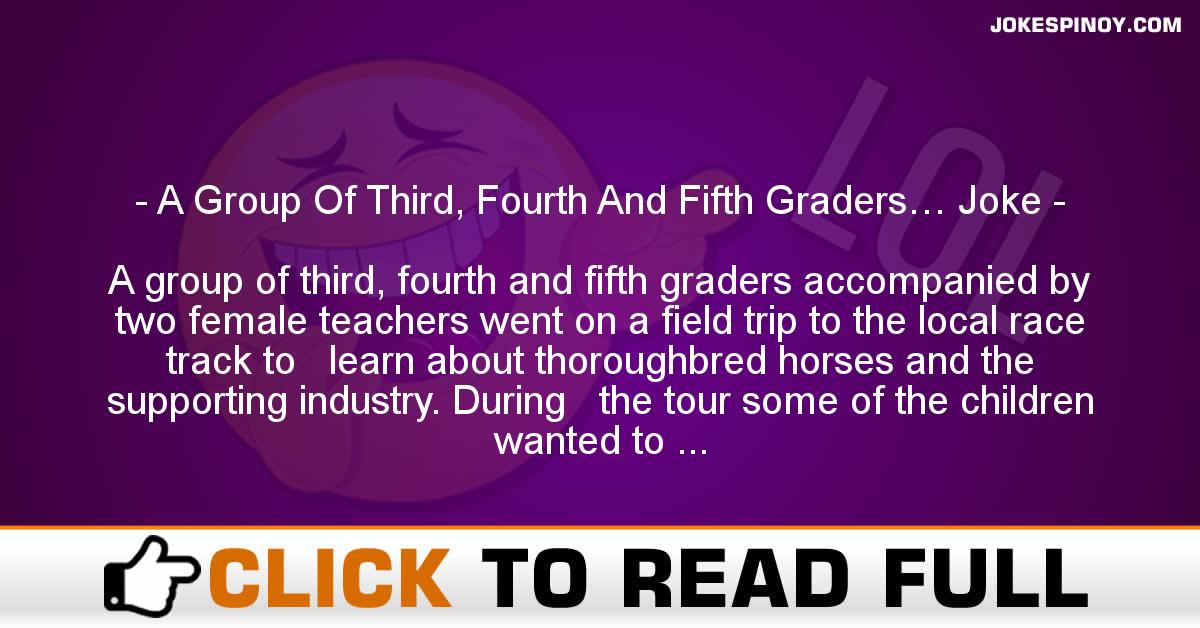 A group of third, fourth and fifth graders accompanied by two female teachers went on a field trip to the local race track to learn about thoroughbred horses and the supporting industry. During the tour some of the children wanted to go to the toilet so it was decided that the girls would go with one teacher and the boys would go with the other. As the teacher a*signed to the boys waited outside the men’s toilet, one of the boys came out and told her he couldn’t reach the urinal. Having no choice, she went inside and began hoisting the little boys up by their armpits, one by one. As she lifted one, she couldn’t help but notice that he was unusually well endowed for an elementary school child. “I guess you must be in the fifth,” she said. “No ma’am” he replied, “I’m in the seventh, riding Silver Arrow. Thanks for the lift anyhow.”