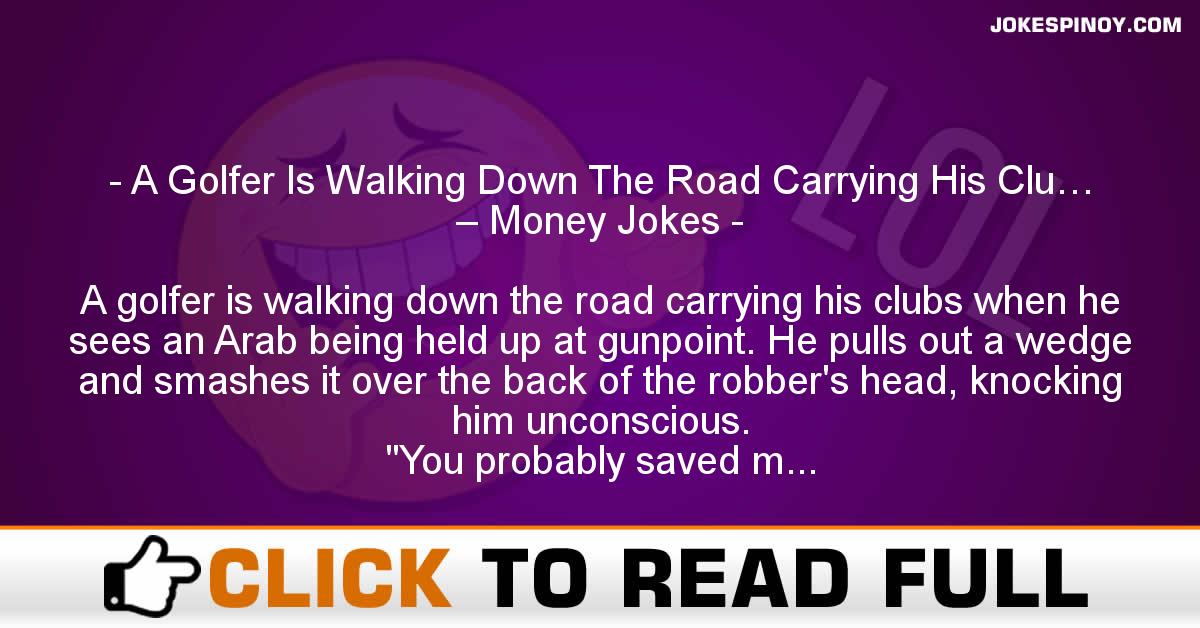 A golfer is walking down the road carrying his clubs when he sees an Arab being held up at gunpoint. He pulls out a wedge and smashes it over the back of the robber’s head, knocking him unconscious.
“You probably saved my life,” says the grateful Arab. “I am a member of the Saudi Royal Family and I have the power and money to give you anything you desire as a reward.”
The golfer glances at his golf bag.
“Some golf clubs would be nice,” he says.
Two weeks later, the Sheikh’s secretary calls him up.
“We’ve got your golf clubs,” she says, “but the Sheikh would like to apologise to you in advance: only three of them have swimming pools.”