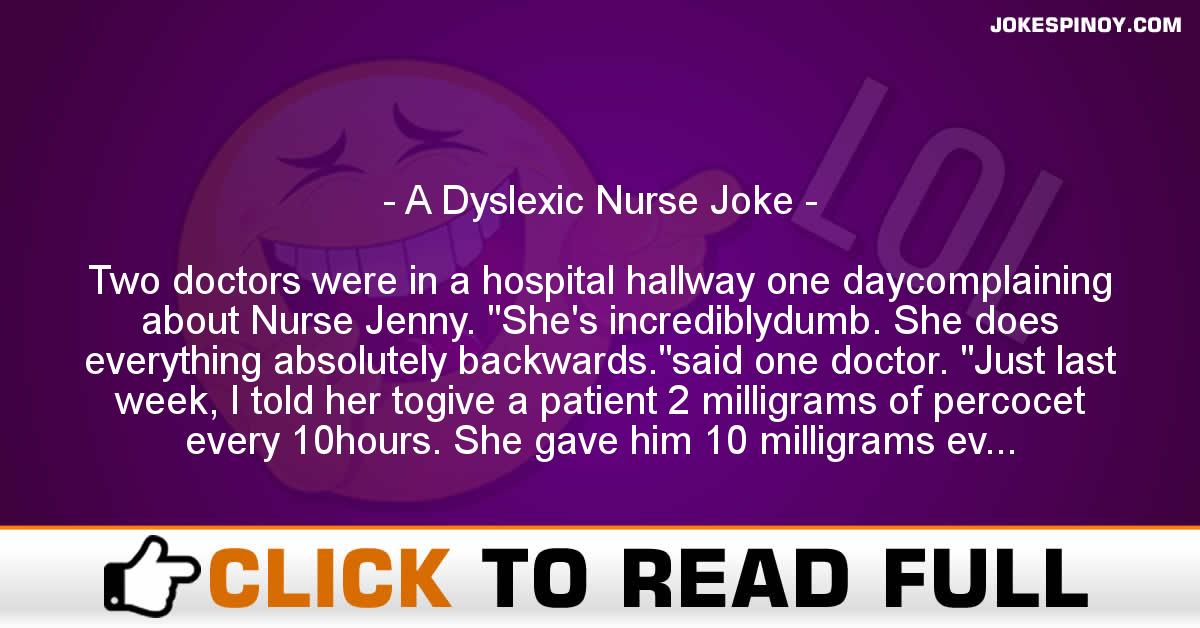 Two doctors were in a hospital hallway one daycomplaining about Nurse Jenny. “She’s incrediblydumb. She does everything absolutely backwards.”said one doctor. “Just last week, I told her togive a patient 2 milligrams of p******t every 10hours. She gave him 10 milligrams every 2 hours.He nearly died on us!” The second doctor said,”That’s nothing. Earlier this week, I told her togive a patient an enema every 24 hours. She triedto give him 24 enemas in one hour! The guy nearlyexploded!”Suddenly, they hear this blood-curdling scream fromdown the hall. “Oh my God!” said the first doctor, “I just realized I told Nurse Jenny to prickMr. Smith’s boil!”