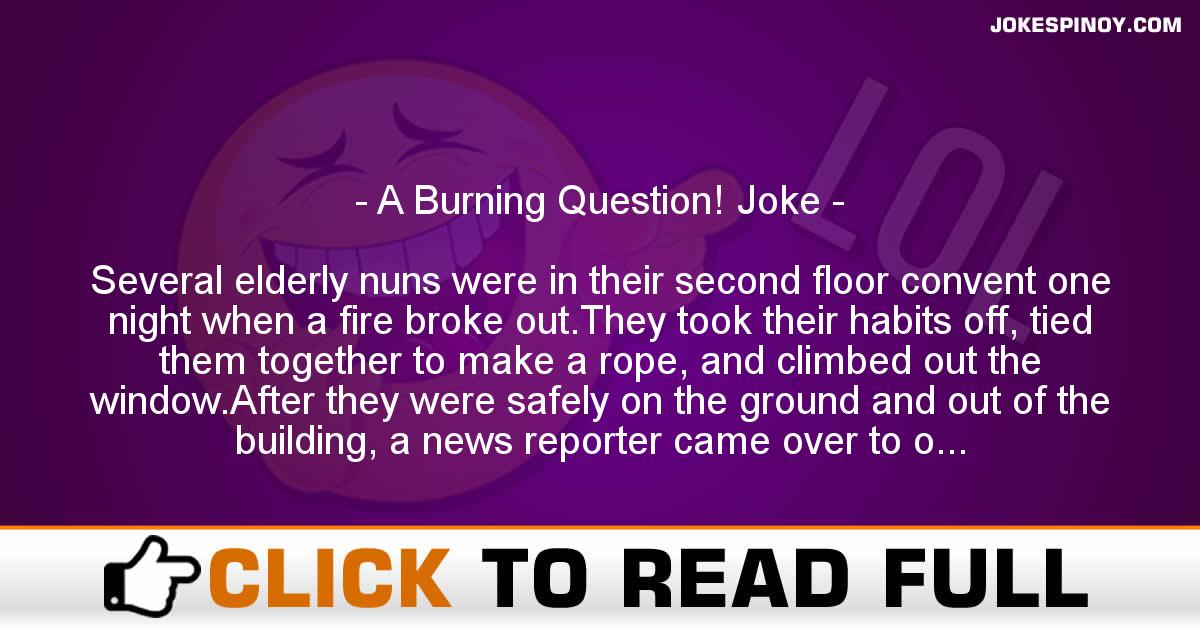 Several elderly nuns were in their second floor convent one night when a fire broke out.They took their habits off, tied them together to make a rope, and climbed out the window.After they were safely on the ground and out of the building, a news reporter came over to one of the nuns and said to her, “Weren’t you afraid that the habits could have ripped or broken since they are old?The nun Replied, “Nah, don’t you know old habits are hard to break!!