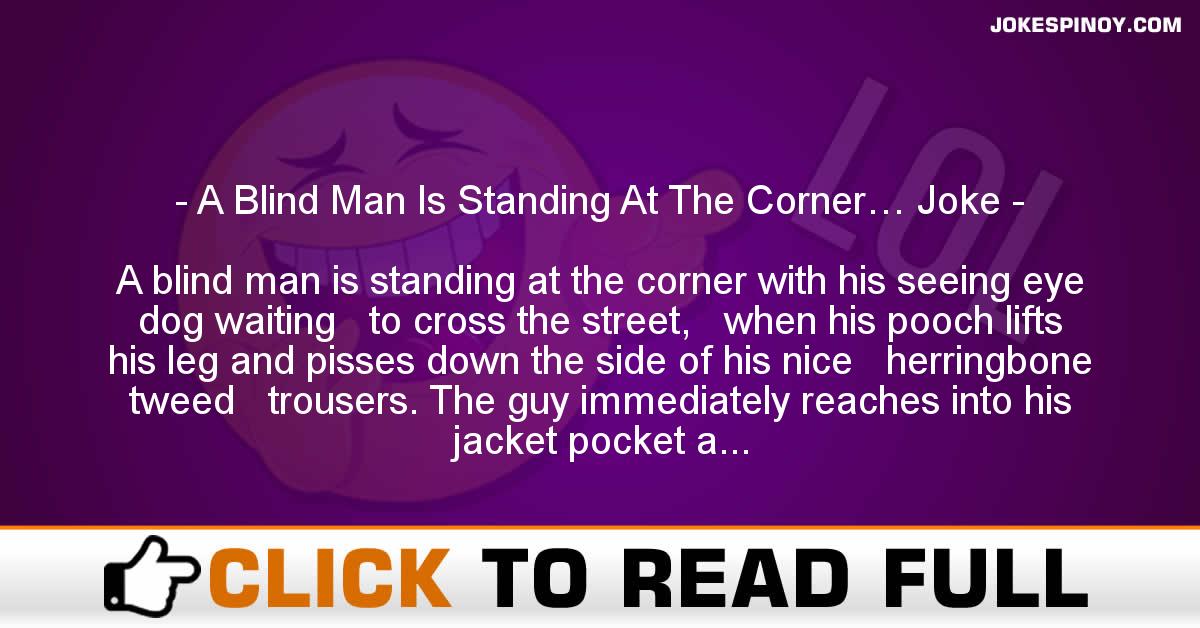 A blind man is standing at the corner with his seeing eye dog waiting to cross the street, when his pooch lifts his leg and pisses down the side of his nice herringbone tweed trousers. The guy immediately reaches into his jacket pocket and retrieves a doggie biscuit which he starts to offer to Fido. A businessman, who is also waiting to cross the street, observes this happening and interrupts, “Excuse me buddy, but are you aware of the fact that your dog just pissed all down the leg of your pants?” “Yes, I’m trying to break him of this dreadful habit”, replies the blind man. “Well, it’s none of my business,” says the onlooker, “but you’re not going to teach him much by rewarding him with a biscuit!” To which the blind fellow chuckles, “Oh I’m not rewarding him. I’m just trying to find his head so I can kick his ass!”