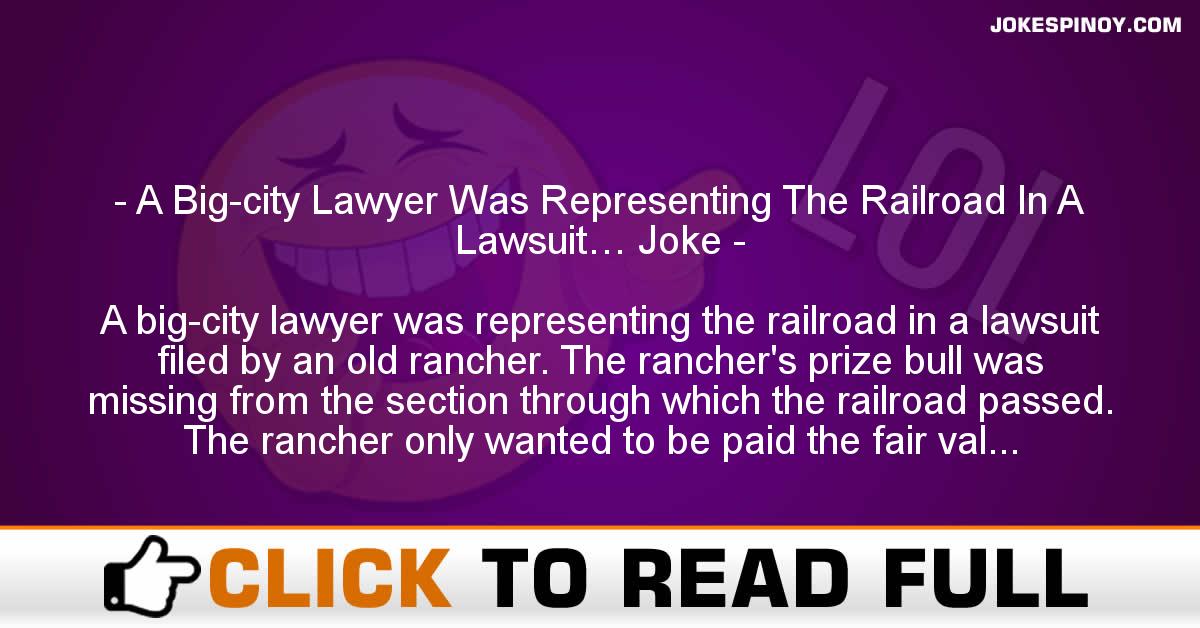 A big-city lawyer was representing the railroad in a lawsuit filed by an old rancher. The rancher’s prize bull was missing from the section through which the railroad pa*sed. The rancher only wanted to be paid the fair value of the bull. The case was scheduled to be tried before the justice of the peace in the back room of the general store. The city-slicker attorney for the railroad immediately cornered the rancher and tried to get him to settle out of court. He did his best selling job, and finally the rancher agreed to take half of what he was asking. After the rancher had signed the release and took the check, the young lawyer couldn’t resist gloating a little over his success, telling the rancher, “You are really a country hick, old man, but I put one over on you in there. I couldn’t have won the case. The engineer was asleep and the fireman was in the caboose when the train went through your ranch that morning. I didn’t have one witness to put on the stand. I bluffed you!” The old rancher replied, “Well, I’ll tell you young feller, I was a little worried about winning that case myself, because that durned bull came home this morning.”