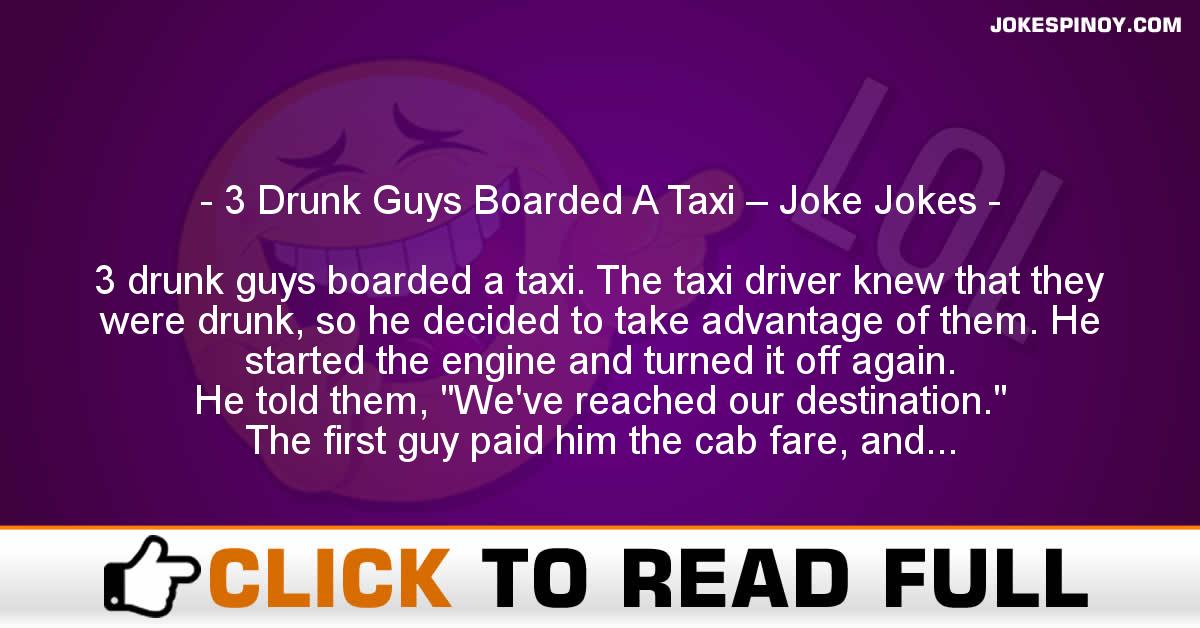 3 drunk guys boarded a taxi. The taxi driver knew that they were drunk, so he decided to take advantage of them. He started the engine and turned it off again.
He told them, “We’ve reached our destination.”
The first guy paid him the cab fare, and the second guy said, “Thank you.”
The third guy gave the driver a slap. The driver was shocked, thinking the third drunk guy knew what he did. But he asked. “What was that for?”
The third guy replied. “CONTROL YOUR SPEED NEXT TIME, you nearly killed us!”