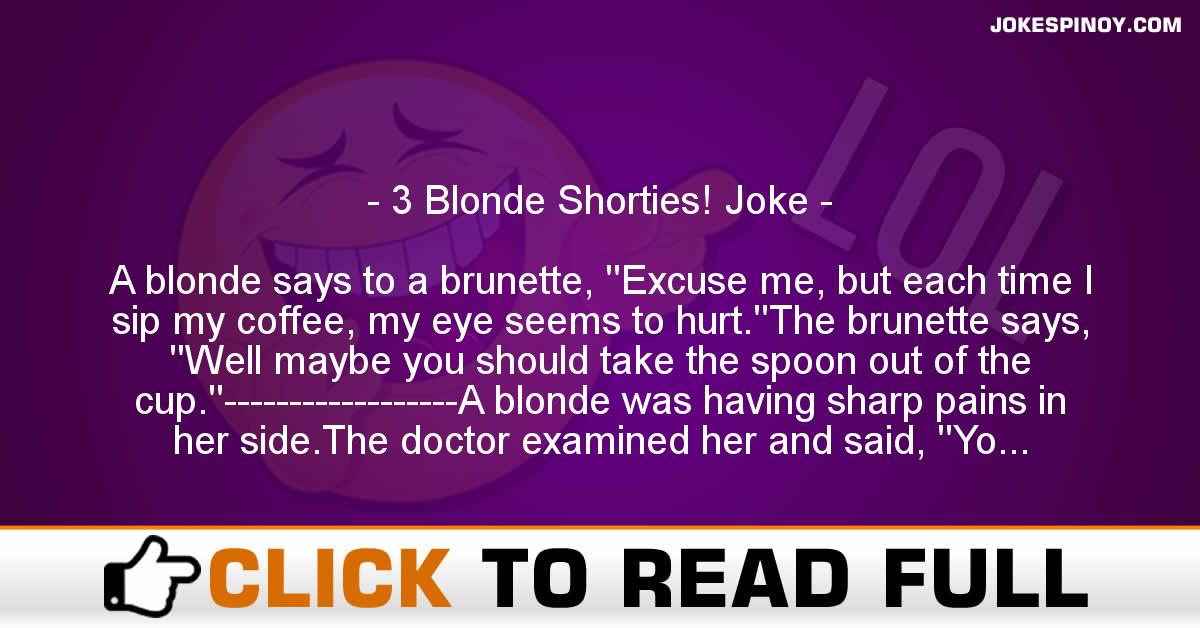 A blonde says to a brunette, ”Excuse me, but each time I sip my coffee, my eye seems to hurt.”The brunette says, ”Well maybe you should take the spoon out of the cup.”——————A blonde was having sharp pains in her side.The doctor examined her and said, ”You have acute appendicitis.”The blond yelled at the doctor…”I came here to get medical help, not get a stupid compliment!!”——————A blonde got a dent in her car and took it in to the repair shop.The repairman, noticing that the woman was a blonde, decided to have a wee bit of fun.So he told her all she had to was take it home and blow in the tailpipe until the dent popped itself out.After 15 minutes of this, the blonde’s blonde friend came over and asked what she was doing.”I’m trying to pop out this dent, but it’s not really working.””Duh. You have to roll up the windows first!”