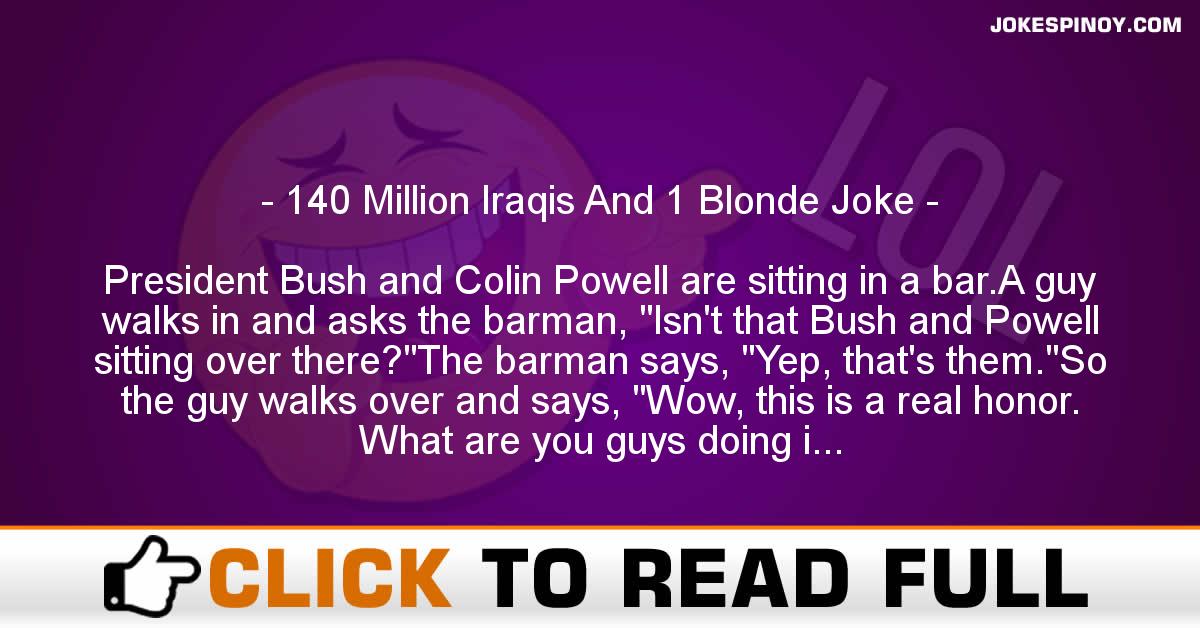 President Bush and Colin Powell are sitting in a bar.A guy walks in and asks the barman, “Isn’t that Bush and Powell sitting over there?”The barman says, “Yep, that’s them.”So the guy walks over and says, “Wow, this is a real honor. What are you guys doing in here?”Bush says, “We’re planning WW III “.And the guy says, “Really? What’s going to happen?”Bush says, “Well, we’re going to kill 140 million Iraqis this time and one blonde with big tits.”The guy exclaimed, “A blonde with big tits?””Why kill a blonde with big tits?”Bush turns to Powell and says, “See, I told you no one would worry about the 140 million Iraqis!”